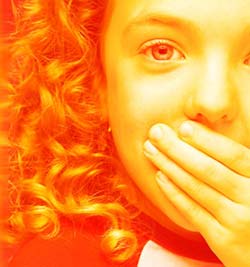 Child sexual abuse is a growing problem in our communities, and can cause long-lasting and serious effects on the victims. Brought to light by the recent scandal at Penn State that drew worldwide attention, society is coming to grips with the fact that the majority of sexual assault cases take years, even decades, to report, and many cases go unreported. According to governmental child protection agencies, tens of thousands of children each year suffer some form of sexual assault. Some experts believe that the actual numbers may be even higher.

New Jersey child sex abuse survivors have more time to file claims as a result of a 2019 Bill signed into law by the Governor. Learn more about the New Jersey sex abuse and molestation law and contact McLaughlin & Lauricella for a confidential consultation concerning your legal rights. Telephone: 1-855-633-6251.

In litigation that drew media attention from around the world, Slade McLaughlin and Paul Lauricella successfully represented 12 of the 33 victims of sexual abuse in the Penn State/Jerry Sandusky scandal. The individual settlement amounts remain confidential, but several clients were placed in the top monetary category of the claims against Penn State.

Slade McLaughlin and Paul Lauricella also represented “Billy Doe” in the civil litigation commenced against the Roman Catholic Archdiocese of Philadelphia for covering up and enabling child molesters to gain access to Catholic school students.

It can be very difficult for victims living with the trauma of child sexual abuse to come forward. That is why McLaughlin & Lauricella, P.C. offers confidential consultations with experienced Philadelphia child sexual abuse attorneys who can discuss your available legal remedies. While most people know that child sexual abuse is a crime that results in fines and jail time, it is important for the victims of sexual assault to know that they have the right to bring a civil claim against their abusers, and those that helped to cover up the abuse or enable the abuse. A civil lawsuit does not replace the criminal charges, but instead adds to them, allowing victims to receive compensation for the traumatic experience they have endured.

Civil suits may succeed even if the offender is not convicted under the criminal law because it is easier for a victim to prevail in a civil case than in a criminal trial. To speak with a lawyer about your right to file a civil suit, contact our experienced child sexual assault attorneys in Philadelphia.

If you, or someone you know, have been the victim of sexual abuse, you have every right to demand justice. The attorneys at McLaughlin & Lauricella’s Pennsylvania and New Jersey offices are nationally-recognized for handling these serious and highly emotional cases.

Slade McLaughlin, Paul Lauricella and attorneys have personally represented clients who were sexually abused, molested, or raped by:

Monetary compensation is available through civil lawsuits for victims of child sexual assault in Pennsylvania. Victims can be compensated for physical as well as emotional injuries that they have suffered. Any form of physical contact such as forced intercourse with a child or inappropriate touching is actionable sexual assault. Pennsylvania child sexual abuse law may provide monetary compensation for the intentional infliction of emotional distress, false imprisonment, and negligent transmission of a sexual disease. Civil lawsuits may also be brought against third parties who enabled the perpetrator.

Pennsylvania law recognizes that child victims of sexual assault may not understand their rights, or may not know how to exercise them. The law also recognizes that victims of child sexual assault are often reluctant to come forward due to the psychological effects of their experience. Therefore, Pennsylvania’s Minor Tolling Statute prevents the statute of limitations from running while the victim is under 18 years of age. Under all circumstances, a child has until age 20, and in some cases up to age 30, to file a timely lawsuit for sexual abuse.

If you or a loved one has been the victim of child sexual assault, contact a proven advocate for child sexual abuse victims in Pennsylvania. The team at McLaughlin & Lauricella has handled these highly emotional cases before, and understands their unique issues. Reach out to our attorneys by calling 215-568-1510 or contact us by email, to find out what sort of help we can provide for you.