So what does the defect entail? If the ignition switch in one of these vehicles is shaken or jostled, the switch can shut off the engine and the car’s electrical system, which, in turn, disables the airbags.

GM’s internal investigation has linked 13 deaths to the defective ignition switches. But many are skeptical and believe that GM is not revealing the full picture. For example, the number disclosed by GM — 13 deaths — does not count any victims who were killed while riding in the back seat of a car with an ignition problem.

According to GM, the investigation is only counting the deaths of those whom a front seat airbag may have saved. But GM does not count those killed by a stalled vehicle, or the loss of control of a vehicle caused by a faulty ignition switch might have caused the fatal crash — currently GM is choosing simply to ignore that data when reporting the ignition switch death toll. 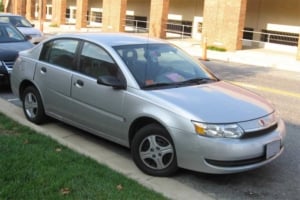 GM announced that it received reports of an ignition switch defect in its Saturn Ion as early as 2001. In 2003, a GM service technician observed a Saturn stall after the ignition turned off while driving. GM spokesman Alan Adler said that, “Today’s GM is more fully committed to learning from the past.”

Apparently, GM has a history of resisting the recall of its vehicles despite evidence of safety problems. Documents provided to federal safety regulators show that GM waited years before initiating a recall for a brake light defect in its vehicles.

GM’s delayed report of the ignition switch problem has caused some GM vehicle owners to suffer tremendous grief. One woman told the New York Times that she had been living with the responsibility of the death of her boyfriend ever since the fatal 2004 car accident that took his life; she did not know, until told by the National Highway Traffic Safety Administration, that the vehicle she was driving had malfunctioned. This “slow reveal” is integral to GM’s concerted effort to control its liability in this matter.

GM has not revealed how it plans to compensate the families of the 13 dead linked to the faulty ignition switch, but GM has hired a “victim-compensation expert” to assist with that task. That person is Kenneth R Feinberg. Mr. Feinberg is the founding partner of Feinberg Rozen, LLP, a mediation law firm with offices in Washington DC and in New York.

To get some idea about who GM is turning to for assistance, Kenneth Feinberg was the Special Master for the Federal September 11th Victim Compensation Fund, was retained by BP and President Obama to deal with the BP Oil Spill in the Gulf of Mexico, and more recently was appointed by the Mayor of Boston to administer the city’s “One Fund” to compensate victims of the Boston Marathon bombing.

There’s another facet to GM’s strategy: GM’s lawyers are filing Motions in Federal Court to enforce a bar on lawsuits for injuries stemming from ignition defects on cars sold before it filed for Bankruptcy in 2009. In other words, if you or your loved one was injured by a defect that GM knew about since 2001, but didn’t tell you about until 2014, you may not be able to get any compensation for your injuries because GM filed for Bankruptcy in 2009.

If it sounds preposterous, that’s because it is. If you or a loved one owned one of the vehicles listed above, and were involved in a car crash that you suspect may have been caused by, or related to, a faulty ignition switch, you need to reach out to a lawyer immediately. Your legal rights are at stake.

Match Fire with Fire: You should have your case prepared and presented by lawyers with experience in high-stakes personal injury litigation. Slade McLaughlin and Paul Lauricella are no strangers to these fights  they have battled the car manufacturers in the past regarding defective vehicles – and have won.