Previous Next
Fraternities – a Breeding Ground for Rape Culture

However, the relationship between fraternity membership and sexual assault is nothing new. As early as 1989, researchers began examining fraternities as social context-groups and organizations that encourage the sexual coercion of women. Common social dynamics and norms in fraternities, including hyper-masculinity, preoccupation with loyalty and secrecy, use of alcohol as a weapon against women’s sexual reluctance, and an obsession with competition, superiority, and dominance, all contribute to the group’s predatory nature1.

What is portrayed as brotherhood, is often (in reality) the perfect venue for sexual assault. 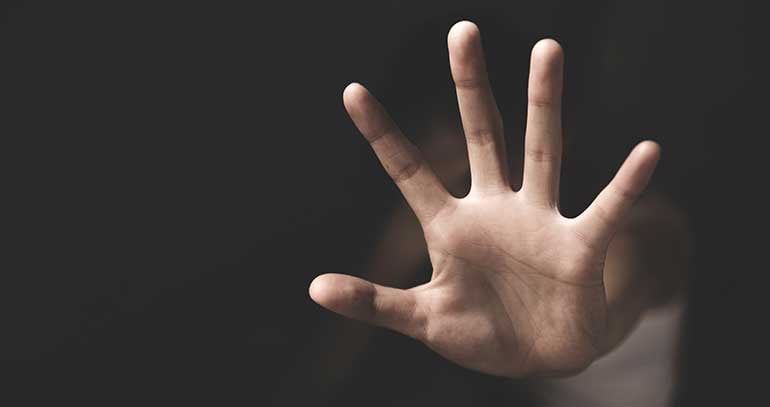 One of the most common risk factors with sexual assaults on college campuses is alcohol use. At least half of all sexual assaults on college campuses occur after the abuser, the victim, or both are under the influence of alcohol2. This is because, when men drink excessively, they may become more aggressive and forgo their lack of judgment. Further, when women drink excessively, they are often more willing to let down their guards and are unable to identify predatory actions. They may also lose their ability to consent. It’s no surprise then that fraternity houses are hot spots for sexual assaults. Drinking has become a large part of college culture, and fraternity parties have reputations for heavy and excessive drinking. People also drink more than usual when participating in drinking games, which are common at fraternity parties. In summary, fraternity parties are often filled with intoxicated individuals unable to make rational and informed choices and decisions.

Another common risk factor for sexual assault is the issue of “group mentality.” Men may be more easily influenced by their fraternity brothers to adopt and accept certain behaviors that they originally might not have approved. A 2018 study found that spending time with peers who are accepting of sexual violence leads men to be accepting of sexual violence themselves3. Unfortunately, fraternities are not only known for their charitable and philanthropic reputations, but also as having a reputation for tolerating and promoting sexual abuse. Therefore, men who have aggressive sexual proclivities seek out fraternities as a place where their sexual aggression is both tolerated and accepted4. Studies have found that men in fraternities are three times more likely to rape than men who are not in fraternities5. The group mentality that sexual assault is acceptable combined with notions of loyalty and secrecy that often are associated with fraternity life make fraternities a breeding ground for sexual predators.

Fraternities are considered a brotherhood; as a result, fraternity members may be less concerned that their inappropriate acts will be revealed. Instead, fraternity brothers are more likely to support and defend one another, even when one of the brothers is clearly in the wrong. This sense of loyalty also deters men from speaking out when something untoward does happen, as they do not want to be seen as disloyal or to be called “a snitch.”

This is not to say that all men who join fraternities are sexual predators. However, the fraternity experience leads to men who are more likely to commit acts of sexual assault. A 2007 study followed freshmen from the time they first arrived at campus through their freshmen year, and demonstrated that, before going to college, the men who joined fraternities were no different from other male students. However, those who ended up joining a fraternity were three times more likely to commit an act of sexual assault, than those who were not in a fraternity6. The hyper-masculine culture of fraternities allows room for violence against women.

Although the perpetrator who commits an act of sexual assault is responsible, universities also have a duty to protect their students. Under Title IX, the federal law banning sex discrimination in higher education, universities have a duty to respond to known sexual discrimination. In 2018, four women filed a lawsuit against Stockton University in New Jersey alleging that they were raped by current and former fraternity brothers. The women claimed that Stockton University “violated their Title IX rights to a safe learning environment because university staff members knew about the conduct at the fraternity, which [had] been unrecognized by the university for more than eight years but [had] continued to operate off-campus.”7 In other words, although the university no longer recognized the fraternity as an official university organization, it was still aware of the fraternity’s immoral reputation. According to the lawsuit, the university was aware that the fraternity allowed underaged drinking and sexual misconduct. Despite being aware of the ongoing criminal activity, the university did nothing to maintain a “safe environment, free from sexual discrimination.”8 Students attend universities and expect to be safe and protected. Therefore, it is the responsibility of the university to ensure that their students are safe and to take action when they know that their students are at risk. Universities cannot turn a blind eye and assume their hands are washed from any criminal wrongdoing happening within the school’s fraternities.

Local and national fraternity chapters also have a duty to protect those attending their fraternity functions and ensure that their own conduct guidelines are being followed. In 2018, a young woman sued UCLA’s Greek Chapters after she was raped at a fraternity party. The victim alleged that the perpetrator was a known sexual predator who had verified accusations against him in the past. The Complaint stated that the fraternity had “no mechanism of supervision or security to prevent a fraternity member from bringing an obviously drunk girl upstairs and raping her.”9 As a result, the Interfraternity Council implemented new rules requiring increased security measures at fraternity events. Greek Organizations are responsible for having appropriate rules and measures in place to protect not only their members, but to ensure that their members are not harming others.

While the college years are supposed to be one of the best times of a person’s life, many women will look back at their college years with horror. A university is supposed to foster a safe and comfortable environment for its students. Unfortunately, many universities have turned a blind eye when it comes to fraternity sexual abuse. There have been hundreds of cases against universities and fraternities for failing to protect their students from sexual abuse, and millions of dollars in judgments have been awarded to victims.

If you or someone you love is a survivor of sex abuse in Pennsylvania or New Jersey, you need an experienced and skilled sex abuse lawyer on your side. The sex abuse attorneys at McLaughlin & Lauricella, P.C., have more than 100 years of experience representing victims, including sex abuse survivors and their families across Philadelphia, Berks, Bucks, Dauphin, Delaware, Lackawanna, Lehigh, Luzerne, Montgomery, and Northampton Counties, as well as in the State of New Jersey. Contact us today toll-free at 1-855-633-6251 or fill out our confidential contact form to learn more about your legal options.