Social media allows people from across the world to stay connected in ways like never before. A 2021 Pew Research Center Fact Sheet presents surprising statistics estimating just how prominent social media use has become. According to Pew’s estimates, seven-in-ten Americans use at least one social media platform. Facebook comes out on top as being the most widely and consistently used platform. Facebook has more than 2.6 billion active monthly users worldwide. The U.S. encompasses almost 194 million of those users, and is second only to India, which has about 349 million active users. Pew estimates that seven-in-ten Facebook users – and approximately six-in-ten Instagram and Snapchat users – visit these sites at least once a day.

Social media has changed how people communicate, and the law is adapting to these changes. In a 2017 U.S. Supreme Court opinion, Packingham v. North Carolina, social media was likened to the “public square” and was found to be protected under the First Amendment, which guarantees every person’s right to free speech. 137 S. Ct. 1730 (2017). 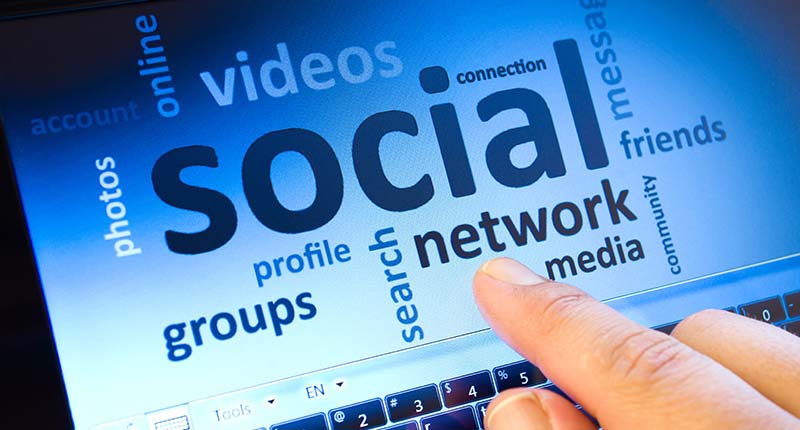 While social media may, for the most part, be considered a public forum, many do not post to the general public, choosing only to post and communicate with “friends” or “followers.” These posts and communications are not accessible to the public at large and are intentionally made private.

Access to the private portions of a person’s social media accounts has become a heavily litigated issue.

Defense counsel will often seek disclosure of a Plaintiff’s private posts in an attempt to find information that might harm the Plaintiff’s case. This makes it important not to post on social media while litigation is ongoing. Whatever is said on social media, even if said in private, may be disclosed over the course of litigation. What may seem like a harmless post may be wrongly construed by opposing counsel or a Court. It is better to not post at all than to risk your post being interpreted in a way that might cause serious damage to your case.

This “threshold showing” has become the standard for Pennsylvania Courts in deciding whether private social media postings should be disclosed. However, the analysis does not end there. In Trail v. Lesko, 2012 WL 2864004, No. GD-10-017249 (Allegheny C.C.P. July 3, 2012), Judge Wettick analyzed the approaches taken in nine earlier Pennsylvania trial court decisions as well as in multiple other jurisdictions. Judge Wettick noted that discovery of “private” social media posts is inherently intrusive and that the Court should balance the level of intrusion with the “potential value” of the information to the requesting party. In Trail, because the “intrusions” the disclosure would cause were “not offset by any showing that the discovery would assist the requesting party in presenting its case,” disclosure of the “private” posts was not allowed.

In Allen v. Sands Bethworks Gaming, LLC, No. C-0048-CV-2017-2279 (C.C.P. North. Co. Aug. 6, 2018, Dally, J.), the Court found that, in order to obtain the private portions of a litigant’s social media account, the requesting party must show discrepancies between the public portions of the litigant’s social media and what the litigant is claiming in the underlying lawsuit.

Allen was a personal injury case where, during the course of discovery, the Plaintiff provided limited information in response to Social Media requests seeking information regarding her online activity. The Plaintiff confirmed that she used Facebook and Twitter but declined to provide any more detailed information other than that nothing had been deleted from her accounts since the date of the incident. The defense sought to compel additional information, including information from the private portions of the Plaintiff’s social media profiles. In a detailed Opinion, Judge Dally provided a comprehensive overview of the general rules of discovery relating to this issue as well as a review of the previous social media discovery decisions handed down by various Pennsylvania Courts as well as by Courts from other jurisdictions.

Additionally, Judge Dally commented on the permissibility of broad requests for complete access to a person’s social media account. Jude Dally pointed to Pennsylvania Rule of Civil Procedure Rule 4011(b) which prohibits discovery requests that “would cause unreasonable annoyance, embarrassment, oppression, burden or expense to the deponent or any person or party.” Judge Dally found that, “[a] discovery request seeking carte blanche access to private social networking information is overly intrusive, would cause unreasonable embarrassment and burden in contravention of Pa.R.C.P. 4011(b) and is not properly tailored…”

In deciding whether to allow disclosure of private posts, in addition to examining whether the requesting party has made the required threshold showing, a Court will ask whether the request/disclosure would violate Pennsylvania’s Rules of Civil Procedure. Under Rule 4003.1, “… a party may obtain discovery regarding any matter, not privileged, which is relevant to the subject matter involved in the pending action…” Furthermore, Rule 4009.1 explicitly allows a party to request electronically stored information. However, requests cannot “cause unreasonable annoyance, embarrassment, oppression, burden or expense to the deponent or any person or party.” Pa.R.C.P. 4011(b). Therefore, even though discovery is broad in Pennsylvania, and even if a party has made a threshold “showing” justifying disclosure of social media posts, a Court may still find that the request for private posts should be limited or disallowed based on Pennsylvania’s Rules of Civil Procedure.

If you have social media accounts at the onset of litigation, you should ensure that your accounts are private, and only accessible to your friends or followers (not to the general public and not to friends of friends). Information posted on a public page will likely be discoverable and will certainly be reviewed by opposing counsel. Accordingly, making your accounts private should be one of the first steps you take when deciding to bring a lawsuit. A Court may find that opposing counsel is not entitled to your private profiles, but if your profiles are public, you will not have the opportunity to fight opposing counsel’s access to the posts on these public profiles. Under Pennsylvania law, lawyers and law firms are prohibited from becoming friends with a litigant so as to access the litigant’s private profile. See, e.g., Philadelphia Bar Ass’n Prof’l Guidance Comm., Op. 2009-02 (2009) (finding that an attorney, or the attorney’s agent, cannot “friend request” a party without disclosing the attorney’s role and purpose for the communication).

One should always be careful of what he/she posts online. However, it is especially important to be careful of what you post while your lawsuit is ongoing. You may think that a post seems harmless, but the contentious nature of litigation makes it possible that your seemingly harmless post can be used against you.