In his debut novel, trial attorney Stephen Rubino, of counsel to McLaughlin and Lauricella, takes the reader on an electrifying journey of deceit, intrigue, tragedy, passion and ultimate redemption. 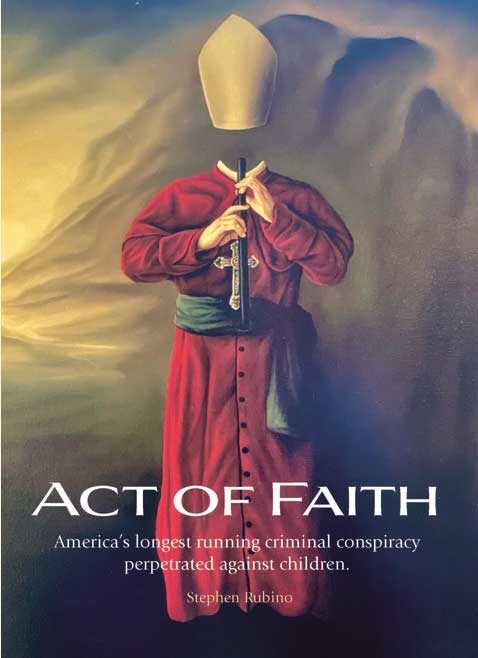 At the intersection of the sacred and the profane, Act of Faith dissects the Vatican’s complicity in America’s longest criminal conspiracy perpetrated against children. This multi-generational family saga is richly portrayed through an ensemble cast of unforgettable characters, revealing the secret world of the Vatican’s sheltering of sexual predators to avoid bringing scandal to the faithful. Act of Faith offers an unflinching account of the still emerging sexual abuse scandal plaguing the Catholic Church and its impact on the survivors and their families across America. The story chronicles the lives of siblings Francis and Elizabeth Natale, who suffer unspeakable psychological damage after being sexually abused by their trusted parish priest. As adults, Francis and Elizabeth become estranged, each hiding their secrets in dangerous double lives. He as a gifted pianist and sexually conflicted Catholic priest, she as a reckless but highly successful trial attorney. After resigning her partnership in a major New York City law firm, Elizabeth sets out to uncover the roots of the abuse scandal and to exact her personal revenge. On a serendipitous road trip across the country, Elizabeth confronts her lifelong demons and forms an unlikely alliance with Father Thomas Atkinson, her long lost high school love who has become a Vatican whistleblower. After a tense reunion with Francis, the trio enters the super-charged environment of high stakes litigation, exposing the Church’s centuries old practice of hiding sexual predators in plain sight from the religious faithful and law enforcement. Together, the trio brings to the courthouse steps the first Federal Civil Racketeering lawsuit against the Catholic Church. 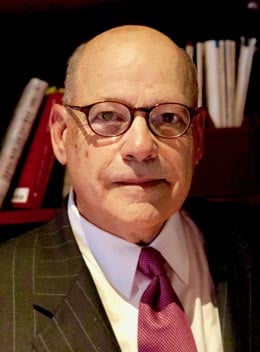 In 2016, I was finally able to assemble in one place thousands of notes, names, and cryptic phrases written on calendars, journals, and other bits of ephemera that I had carted around with me for decades. I confess that it was a bit disconcerting to see thirty-five years of legal practice stuffed into six bankers’ boxes, stacked in two cardboard pillars on the corner of my desk. With virtually no game plan, I began to fill a working flip chart of topics, events, people, rectangles, squares, circles, lines, and arrows. It was a confounding experience to decipher the Rubik’s Cube of scribbles I had written on the fly at airports, train stations, and Pop Warner football games. I needed to see the unfiltered arc of history that had engaged me since 1985, free from the traditional demands of the attorney client relationship. I concluded that there was no way I could write this book without doing serious violence to the attorney-client privilege and the understandable desire of the abuse survivors to once and for all be free from any further inquiry or examination. Yet there was a numbing sameness in the horror of the stories the survivors and their families recounted to me that needed to be told, away from private mediation sessions, depositions, or in open Court.

Later that year, I was watching Spotlight, the 2016 Oscar winner for Best Picture, in a friend’s home in Vero Beach, Florida. I knew many of the characters portrayed in the movie, and it was clear to me that it was a top shelf drama in the genre of All the President’s Men. It was also at that moment that I realized I had to move forward with Act of Faith. Despite the drama of journalists ripping the scab off of an institutional cover-up protecting sexual offenders in the Archdiocese of Boston, another equally compelling story needed to be told. That story would shine light onto the lives of survivors, their families and the constellation of personalities and events that form the DNA of the longest, and some would argue, largest, criminal conspiracy in American history. In the words of one survivor, “This happened to me! It was not a goddamn moral failing, it was a crime against a kid!”

There is no unringing the bell of the sexual abuse of a child. The impact is life-long, with survivors attempting to manage the maddening randomness of the reoccurring memories and circumstances of their abuse.

With some minor exceptions, historical fiction is just that. The writer’s imagination and experience are infiltrated by real events, people, and places that form the ambience of what it was like to be there and live through the cyclone of emotional chaos. Act of Faith pays homage to the survivor community, including the survivors and their families. In a sense, it is a love letter to the human spirit of resilience and coping, as there is little “recovery” within our collective understanding of the word. In the end, the Mark Twain adage resonates: “Truth is indeed stranger than fiction.”

It will take decades, perhaps longer, for historians to write the full accounting of the sex abuse crisis involving the Catholic Church. Secrecy and fear of scandal still exist. Unnamed Bishops, Cardinals, and priests have yet to be publicly identified as regards their complicity in the furtherance of the conspiracy. Grand Jury investigators continue to wade through the “hide-the-ball” mentality of the hierarchal Church.

In fact, an entire vocabulary was instituted to facilitate the cover-up. Words like “immaturity” described sexual contact with minors. “Mistakes in judgment” described incidents of rape. “Scandal,” a canonical entity, was used to describe the preservation of a criminal enterprise, the object of which was the protection of serial sexual predators and the reputation of the hierarchal power structure.

The prevalence and cover-up of sexual crimes committed against children, which has shredded the reputation of the institutional Church, has been a study in juxtaposition. How is it possible that in the early 1980s mainstream America was unaware of the incidence of priests and other religious affiliates sexually assaulting children, when the 1917 Code of Canon Law not only discusses the matter but has an internal criminal process to prosecute the clerical offender? Likewise, the pro-life movement is both a political and religious force of nature for the protection of the unborn, but the safety and well-being of children already here on the planet is an afterthought, leaving them and their families to fend for themselves against the horrors of sexual abuse.

Then, of course, there is the money. It is quite an easy task to raise significant funding for the rights of the unborn—much harder to raise funds for the Catholic hierarchy to facilitate and conceal a conspiracy of silence for centuries.

Throughout the muck of the last forty years, serious effort has been made by Catholic apologists to shift attention from the “Catholic scandal” to the incidence of sexual abuse in society at large. The Boy Scouts were frequently used as a diversion by the Church, which was quick to point out that other institutions had their own problems with sexual predators. Other Christian denominations were highlighted for their failures. Rabbinical “Beth din, or “Bet din” tribunals, which privately dispensed “justice” were also targets. Yes, yes, and yes. Aside from being an irrelevant rationalization, (we are talking about serious felonies committed against children), the chief difference is that Catholic leaders thought they knew better. Their cultural elitism, hubris and belief that the hierarchy is subject to a different moral standard than the rest of us was, in the end, the beginning of their undoing. In the past, I have likened it to a transaction. If, by theological design, you become the oracle of eternal salvation and you have believers, any scandal that would diminish your moral currency severely weakens your ability to maintain control of the faithful. A scandal, which implicates Church leadership, and involving the sexual abuse of children, would also severely impact the ability to raise money for the enterprise.

While Act of Faith ends in 1994, the sordid legacy of the cover-up has fueled on-going criminal Grand Jury reports, investigative panels, trials, settlements, Diocesan Bankruptcies, and criminal prosecutions, and has prompted numerous state legislatures to reopen Statute of Limitations “windows.”

Costs to the institutional church have surpassed $4 billion. The damage to its reputation cannot be quantified. What has not happened is the full disgorgement of the institutional evidence of the cover-up and the incidences of sexual abuse. The documents of the conspiracy need to see the light of day. Long lists of those “credibly accused” simply will not do. In simplistic terms, history requires the names of people who knew, what they knew, and when they knew it. Perhaps the most stunning example of historical juxtaposition is that, despite centuries of cover-up of the sexual crimes committed against children, the institutional church has been permitted to maintain its tax-exempt status as a charitable religious entity.

It seems clear that the people who actually set this horrible scandal in motion did not view children as one of their constituencies. That should give everyone pause. Notwithstanding what the Bible says about children, the men of the hierarchy were not parents, or those who were believed that the repercussions of scandal trumped the well-being of their own children. They did not hold their infants for the first time and experience the raw, emotional realization that they would willingly sacrifice their own lives to save the lives of their children. Can that bond prove to be a useful litmus test as to whether the life of a child is more important than the reputation of an institution? If it is, the men of the Church have failed that test. Perhaps in the future, knowing now what is at stake, the life of a child will be the Church’s first priority. We’ll see.

Pre-orders of Act of Faith can be placed at https://bookstore.dorrancepublishing.com

The first two months of royalties will be donated to Child USA, Bishops Accountability and SNAP (Survivors Network of Those Abused by Priests)