Birth injuries occur in a variety of contexts and can implicate a variety of causes. While sometimes an injury is an unavoidable complication of childbirth, there are many injuries that can be traced to errors by an obstetrician or neonatologist. For instance, if a child in utero is deprived of oxygen, fetal monitoring will detect changes in the baby’s heart rate. These changes may require the urgent delivery of the infant by cesarean section. If a physician fails to appreciate the changes shown on the fetal monitor, or if the physician delays in performing a cesarean section delivery, serious neurological injuries, cerebral palsy, organ failure, or death can result.

There are many injuries that can be traced to errors by an obstetrician or neonatologist.

Sometimes mistakes made during the delivery of a baby can cause serious neurological problems, such as Erb’s Palsy. If the nerves in the baby’s arm are stretched or pulled, the baby can be left with a life-altering loss of motor function in that arm and/or hand.

If a mother-to-be’s own medical problems are not properly addressed during pregnancy, the baby’s health can be endangered. Common health problems, such as maternal diabetes or herpes simplex, improperly managed by an obstetrician can have catastrophic consequences for an unborn child. 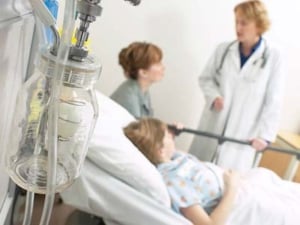 In 2013, we obtained the third largest verdict for medical malpractice in the history of the Commonwealth of Pennsylvania.

The Birth Injury Malpractice Attorneys Who Make A Difference

If you suspect that your child has sustained injuries that may have been caused by medical malpractice, you should consult with an attorney who can have your records reviewed. The attorneys at McLaughlin & Lauricella’s Philadelphia office have decades of record-setting case verdicts, awards and settlements and will provide you with aggressive representation of your legal rights, in, and out of the courtroom.

Slade McLaughlin and Paul Lauricella have extensive experience in birth injury malpractice matters and our team of lawyers have the experience, resources, and skills necessary to get you the compensation that you deserve. Please call us at 215-568-1510 or contact us by email, to see what we can do for you.