Malpractice Suit Against St. Luke’s Health Network – A Germansville couple was awarded $8.5 million in damages Tuesday after a Lehigh County jury found that two St. Luke’s University Health Network doctors failed to effectively tell the husband about a potential tumor in his bladder.

Robert Kline visited St. Luke’s Allentown campus in 2015 because of pain in his right side and abdomen and urinary problems. A scan of Kline’s abdomen revealed kidney stones, as well as an image that could have been a tumor, according to radiologist Dr. Pratik Shukla, whose analysis was included in the court documents. 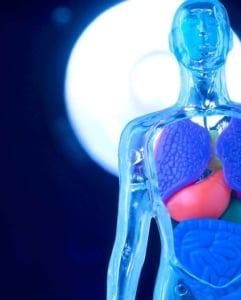 The jury awarded $10 million in damages, but held Kline 15% responsible in the case, leaving him and his wife, Gina, with $8.5 million. The jury found Dr. Lien Nguyen, who treated Kline in 2015, to be responsible for 60% of the negligence and Dr. Christopher Stromski, an emergency medicine doctor, to be 25% responsible.

“Neither Dr. Nguyen, Dr. Stromski, nor anyone else acting on behalf of St. Luke’s Physician Group, Inc., and/or St. Luke’s Hospital, Allentown Campus, communicated Dr. Shukla’s findings to Mr. Kline, or informed him of the need for further evaluation of the rounded area of high density in his bladder,” according to the complaint, which was filed in 2017.

The St. Luke’s Health network issued a statement Wednesday, saying: “We are pleased the patient is currently cancer free and that his prognosis for the future is positive. After hearing testimony from nationally renowned experts from Harvard and Massachusetts General Hospital who agreed that St. Luke’s provided the best possible care to the patient, it is disappointing that the jury reached a different conclusion and awarded a shockingly high sum to the patient. While we respect the decision of the jury, tort reform is very much needed in this country so that awards are within the realm of reasonableness.”

In 2017, a bladder ultrasound on Kline revealed multiple tumors and bladder cancer. Kline argued in court documents that the doctors’ failure to diagnose him earlier required him to have surgery to remove his bladder and prostate and undergo chemotherapy. He said it caused him physical and emotional pain and lowered his life expectancy.

Nguyen and Stromski didn’t order an ultrasound of the bladder, explain the results of his scan, inform Kline’s primary care physician of the results of the scan, devise a plan for follow-up treatment or refer Kline to specialists for further studies, among other oversights, according to the court documents.

Paul Lauricella, Kline’s lawyer, said testimony during the seven-day trial revealed that what was found in the 2015 scan was the same tumor revealed in the 2017 ultrasound.

He said most medical malpractice suits are decided in favor of doctors and health systems because it’s difficult to assess liability when the procedures are complicated. But Kline’s case was more straightforward, he said.

“This was not a question of medical analysis, but what should a doctor tell a patient,” he said.

Kline and his wife declined through Lauricella to be interviewed.

Sam Kennedy, St. Luke’s spokesman, said the network did not know if it would appeal the verdict. He said Stromski still works at St. Luke’s and that Nguyen left when her residency was over.

While the award is in the millions, it is not among the highest malpractice verdicts recorded in the Lehigh Valley.

In 2013, a jury ordered St. Luke’s and one of its doctor to pay $55 million in a case involving problems during childbirth that left a child disabled. Lauricella represented the plaintiffs, who agreed to an undisclosed amount before the verdict that likely was lower.

In 2002, a jury awarded $24 million to a 7-year-old boy after finding that Sacred Heart Hospital caused his irreversible brain damage when he was born prematurely.

And in 1998, a jury granted a Macungie woman with terminal breast cancer and her husband $33.1 million — then a record malpractice award in Lehigh County. Bonnie Welteroth, who sued Spectrascan Imaging Services Inc. and a Wescosville OB-GYN practice for her delayed breast cancer diagnosis, died a year after the verdict.