Poor Roads in Pennsylvania All Too Common | Rural Roads

Previous Next
Poor Roads in Pennsylvania All Too Common | Rural Roads

Pennsylvania Roads and Bridges Are Not Always Properly Cared For, Especially in Rural Areas.

Even though there are government agencies responsible for maintaining PA’s roads and bridges, these agencies have been failing Pennsylvania motorists for years. A new report by the national transportation group, TRIP, found that drivers in Pennsylvania are three times more likely to die in crashes on rural roads. 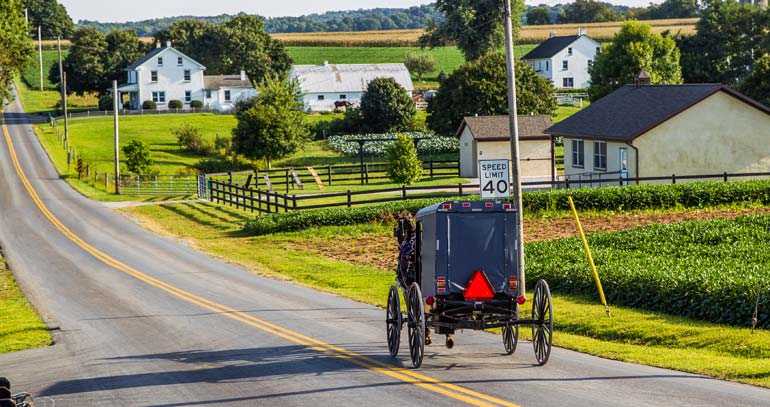 Poor road conditions in rural areas can include crumbling pavements, narrow lanes, dangerous shoulders, and inadequate lighting. These deficiencies increase the likelihood of car, motorcycle, and trucking accidents in rural areas of the community. Sadly, roadways in rural areas are even more important to residents because they provide much-needed access to businesses and emergency services.

In light of this most recent TRIP report, PennDOT spokeswoman, Alexis Campbell, stated that improvements to rural roads in Pennsylvania had been steadily improving. Since 2015, there were 364 fewer miles of poor road quality and nearly 1,200 fewer poor-quality bridges. She also reiterated that the Restore Pennsylvania Program is continuing to focus on rural roads and will invest $4.5 billion in road and bridge work in rural areas. She also stated, however, that Pennsylvania needed more funding for infrastructure and that PennDOT has made the most of what they have available to spend.

This month, however, the state lost two opportunities to improve infrastructure. In May, President Donald Trump refused to discuss funding a proposed $2 trillion national infrastructure bill. Also, in that same month, the state canceled a $200 million program that would have upgraded 900 miles of rural roads in the state. This same program was canceled last year as well.

Who is Liable for Poor Road Conditions?

In Pennsylvania, maintaining roadways is the responsibility of state, county, or city governments. While they are not liable for every accident that occurs on the state’s roads, if the government entity’s negligence directly caused the accident, that entity can be held accountable. When a road hazard exists, such as a significant pothole, a landslide, or a dangerous shoulder, the government is given reasonable time to respond to the situation. If there is a failure to respond, or to fix the hazard promptly, the government can be found liable for accidents that occur.

Unlike other motor vehicle accident claims, however, an accident victim may have only a short amount of time to file a claim against a governmental entity. Specific procedures (i.e., tort claim notices) often must be followed before a claimant becomes eligible to pursue a claim for compensation. Forms must be submitted to the correct department within a specified time period. If the deadline is missed, the claim will be denied. There are also caps/damage limits in place to put a ceiling on how much compensation can be paid out by governmental entities.

If you or someone you love has been injured in a car accident in Pennsylvania or New Jersey, we can help. The car accident attorneys at McLaughlin & Lauricella, P.C., have more than 100 years of experience representing injured accident victims and their families across Philadelphia, Berks, Bucks, Dauphin, Delaware, Lackawanna, Lehigh, Luzerne, Montgomery, and Northampton Counties, as well as in the State of New Jersey. Contact us today, toll-free, at 1-855-633-6251 or fill out our confidential contact form to learn more about your legal options.