The recent Penn State sexual abuse scandal is part of a growing number of cases documenting inappropriate behavior between a trusted member of the community and a child. Sexual molestation that occurs during childhood can leave victims with severe psychological and physical damage. Reporting a case of sexual molestation can be extremely difficult for these victims as they are often too afraid or ashamed to speak out.

New Jersey child sex abuse survivors have more time to file claims as a result of a 2019 Bill signed into law by the Governor. Learn more about the New Jersey sex abuse and molestation law and contact the sex abuse lawyers at McLaughlin & Lauricella for a confidential consultation concerning your legal rights.
Telephone: 1-855-633-6251. 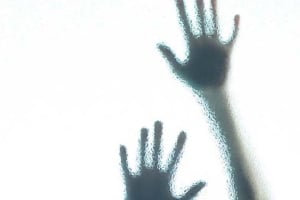 In litigation that drew media attention from around the world, the medical malpractice, personal injury & sexual abuse lawyers Slade McLaughlin and Paul Lauricella successfully represented 12 of the 33 victims of sexual abuse in the Penn State/Jerry Sandusky scandal. The individual settlement amounts remain confidential, but several clients were placed in the top monetary category of the claims against Penn State.

Slade McLaughlin and Paul Lauricella also represented “Billy Doe” in civil litigation against the Roman Catholic Archdiocese of Philadelphia for covering up and enabling child molesters to gain access to Catholic school students.

Seeking legal counsel ensures that a victim of sexual assault can be provided full protection and monetary damages afforded under the law. Slade McLaughlin & Paul Lauricella can assist those who have been sexually molested and ensure that their cases are treated with the respect and sensitivity required for sex crime lawsuits. If you or a loved one has been the victim of child sexual assault in New Jersey, contact our legal team in our New Jersey office to ensure that you receive the legal counsel that you deserve.

Philadelphia attorney Slade McLaughlin is a nationally recognized expert on child sexual abuse and has been quoted in AP / USA Today – Wall Street Journal – Legal Newsline and other publications.

Your Safety – Your Rights

Cases involving sexual assault implicate numerous legal, emotional, and practical considerations. These cases often involve children or teens who been victimized by an individual who occupied a position of trust and confidence. The victims of these assaults suffer significant psychological trauma which, in turn, can lead to drug and alcohol dependency, criminal behavior, and self-destructive acts.

An attorney representing such a client must not only navigate the legal process, but must also serve as a confidant and counselor to a person who has already been victimized by those who occupied a position of confidence. The attorney must also coordinate the civil representation with any criminal prosecution. The maintenance of the civil action should complement, not complicate the criminal prosecution.

If you or a loved one has been the victim of child sexual assault, contact a proven advocate for child sexual abuse victims in Pennsylvania and New Jersey. The team at McLaughlin & Lauricella has handled these highly emotional cases before, and understands their unique issues. Reach out to our attorneys by calling Pennsylvania – 215-568-1510 or New Jersey – 856-380-3999 or contact us by email, to find out what sort of help we can provide for you.