Brain Damaged Teen : A New Jersey Jury Handed Down a $17 Million Verdict to Parents Who Sued a Hospital, a Doctor and His Practice. 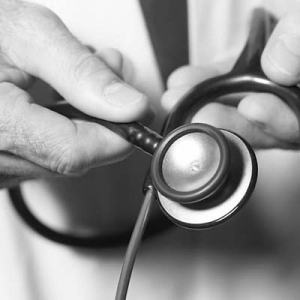 A New Jersey jury handed down a $17 million verdict to parents who sued a hospital, a doctor and his practice for prematurely removing their daughter from a ventilator, resulting in permanent brain injuries.

According to attorneys and court papers, the eight-member jury in Monmouth County Superior Court Judge Katie Gummer’s courtroom handed up the verdict after approximately a month-and-a-half of trial and five hours of deliberation.

The verdict in favor of plaintiff Kelsey Heaney and her parents was broken down into $5 million for pain and suffering, $2 million for future lost wages, and $10 million for medical care expenses.

Brain Damaged: Heaney was hospitalized with acute pneumonia at age 7 in 2008, requiring lung surgery. According to the plaintiffs’ court papers, she was on the way to making a full recovery when her breathing tube was taken out prematurely. She suffered hypoxia and, as a result, sustained brain injuries that left her dependent on others for care.

According to a report from the defense expert, Dr. Jeffrey P. Burns of Harvard Medical School, the defendants’ decision to extubate Kelsey was within the standard of care, “as was her care and management after extubation, as was the management of her airway, resuscitation, and post resuscitation state in the several hours after her unexpected cardiac arrest.”

Heaneys’ attorneys, Slade H. McLaughlin and Paul A. Lauricella of Philadelphia-based McLaughlin & Lauricella, said they believed defense attorneys’ apparent lack of sympathy toward the girl’s mother during cross-examination soured the jury’s perception of the defendants.

Lauricella said the plaintiffs are “nice people who were not treated well by the defense. The old saying that as an attorney your primary currency is your credibility; they squandered that.”

McLaughlin said the plaintiffs themselves also helped their case. “The little girl was very nice, the parents were wonderful and they were really able to convey the type of life the little girl leads as opposed to the type she would have led had this not happened to her.”

The defense lawyers, MaryAnn Nobile Wilderotter of Ronan, Tuzzio & Giannone in Tinton Falls, who represented Dadzie; Richard A. Amdur of Amdur, Maggs & Shor in Eatontown, who represented the hospital; and Timothy M. Crammer of Crammer, Bishop & O’Brien in Absecon, who represented Meridian, did not return calls seeking comment.

McLaughlin and Lauricella said no pretrial settlement offer was made by the defendants.