On March 4, 2019, a Philadelphia jury returned a $1,500,000 verdict in the case of Shane Montgomery, the 21-year old West Chester University student who had gone missing in Manayunk on Thanksgiving of 2014. 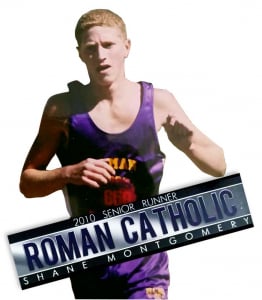 Mr. Montgomery had gone to Main Street with childhood friends on Thanksgiving Eve, but did not return home, prompting a large-scale search by his family, friends, and hundreds of people who were moved by the sense of loss surrounding his disappearance. Five weeks after he had gone missing, Mr. Montgomery’s body was found in the Schuylkill River. The Philadelphia Medical Examiner concluded that he had drowned in the frigid water.

Served Alcohol While He Was Visibly Intoxicated

Mr. Montgomery’s parents, Karen and Kevin Montgomery, filed a Wrongful Death suit, claiming that their son’s death was due to the fact that he had been served alcohol while he was visibly intoxicated. They also sued Kildare’s of Manayunk because its bouncers had ejected Mr. Montgomery, separating him from his friends, and leaving the overly-intoxicated and incapacitated college student alone on the streets of Philaelphia at 2:00 in the morning. Nearby video surveillance cameras captured Mr. Montgomery’s last minutes, as he wandered down Main Street towards a nearby parking lot where he is believed to have accidentally fallen into the river. The jury found that the two bars which had served Mr. Montgomery were 50% responsible for his death.

Mr. Montgomery was known as an outgoing, well-liked, college senior who had been planning a career in the music industry. During the month-long trial, his parents and friends testified that he was a disciplined athlete who ran cross-country and track at Roman Catholic High School. He was known for his loyalty to his friends, unique sense of humor, and extensive knowledge of music. Jurors watched transfixed as his mother shared her son’s texts, telephone messages, photographs, and videos. Holding back tears, Mrs. Montgomery testified that she buried her son with his personal effects, including his i-Pod and his favorite Weezer CD.

Defense Acknowledges That It Had Made “A Mistake” …

Several employees of Kildare’s testified, and conceded that the bar did not follow its own internal policies when it ejected Mr. Montgomery from the establishment. Although Mr. Montgomery was not causing a disturbance, a bouncer had him removed from the bar after he had fallen off a stool. Witnesses and experts, including a former investigator for the State Liquor Control Board, testified that the proper practice would have been to find his friends in the bar or to call the patron a cab and offer him a non-alcoholic beverage. Instead, Mr. Montgomery was separated from his friends, and made to leave the club. At trial, the defense acknowledged that it had made “a mistake,” but focused its defense almost entirely upon Mr. Montgomery’s voluntary consumption of alcohol.

The case stands as a stark reminder that bars and other establishments that serve alcohol to the public are under a legal duty to do so responsibly. Pennsylvania law prohibits the sale of alcohol to customers who are visibly intoxicated. This case is also one of the few in Pennsylvania that have held a bar responsible for not only serving alcohol to a visibly intoxicated person, but also for the manner in which the patron was ejected from its premises.