As the oldest existing reform school in the country, the Glen Mills School in Delaware County was founded in 1826. The school has long had a reputation as the “Harvard of reform schools” due in part to athletic programs, which consistently yield NFL recruits. The school has a reputation for being a top-tier program. In fact, from the outside, one might believe that this was an elite prep school rather than a court-ordered reform school. The Glen Mills School is situated on nearly 800 acres of rolling Delaware County hills; however, what went on inside hardly reflected this idyllic setting. 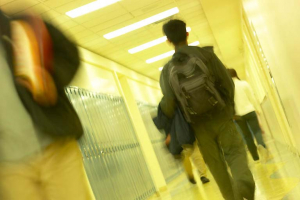 Did Glen Mills Officials Turn a Blind Eye to Abuse and Violence?

After an investigation, court records, incident reports, internal documents, and interviews with staff, students, and others concluded that the leaders of Glen Mills routinely turned a blind eye to beatings received by the students. When parents attempted to report the attacks, the staff used the prestige enjoyed by Glen Mills to threaten the parents, telling them that if they complained, their sons would be sent to a state-run facility, full of boys who had committed sex offenses or were mentally ill. Students were told their sentences would be increased if they reported the abuse.

A former student of Glen Mills, who later returned to become a counselor at the facility (and later quit after witnessing abuse), claimed he had seen boys “thrown through doors like it was a movie,” and that he quit after witnessing the beating of a student by colleagues. The Executive Director of Glen Mills, Randy Ireson, declined repeated requests for interviews, instead providing a “Corrective Action Plan” to the Philadelphia Department of Human Services which promised major changes. Local officials, however, were not impressed with promises of change, and announced they would be removing 51 boys and sending them to other facilities.

One Council Member stated the reform school needed a total overhaul of leadership, while another Council Member stated that an immediate investigation was warranted after the numerous allegations of physical abuse. Not only are there allegations of abuse and violence, there are also stories of cover-ups, witness intimidation, and a myriad of criminal offenses. While the reform school is privately run, Philadelphia contributes $52,000 per year from taxpayer monies for each boy at Glen Mills. Ireson received compensation totaling $336,000 in 2017, and the school’s revenues are typically about $40 million per year.

Under Pennsylvania state law, the counselors at Glen Mills are allowed to use “restraint techniques” when they believe there is danger to other boys or to the boy who is acting out. According to former students and counselors, however, those “restraint techniques” included both beatings and chokings. Unbelievably, Glen Mills Schools has been “promising to stop beating boys” for more than twenty years. Glen Mills was originally known as the Philadelphia House of Refuge and began with fewer than 100 boys. Over the years, Glen Mills built up its athletic program, with about 85 percent of the counselors being former athletes. In fact, rather than investing in social services and academics, Glen Mills chose to use resources to build stadiums, athletic facilities, and even a public golf course built next to the school—ostensibly to provide students with “workforce-training opportunities.” 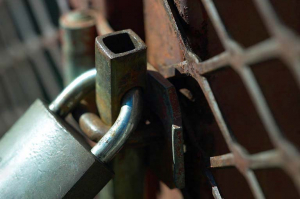 In 2000, state police officers attempted to interview a boy with bruises and a broken tooth from a beating which came from two staffers. Not only did the boy receive no medical attention, but the staff at Glen Mills repeatedly attempted to block access to the boy—even after being warned they were obstructing a police investigation. The police removed the injured boy, and when they returned a month later to interview more boys, Glen Mills staffers attempted to physically prevent the officers from talking to the boys. Eventually, the state demanded reform, and a Corrective Action Plan was submitted, but, unfortunately, the school went back to doing exactly what it had been doing before. Later, a 2011 attack against a boy was called an “isolated incident.”

Then, in 2017, a number of “incidents” occurred—one boy was punched in the face, breaking his nose; staffers sat on the chest of a 17-year old, punching and kicking him; and yet another student had to have his scalp stitched after a counselor pushed him through a plate glass window. Over the past five years, thirteen staffers have been fired, with dozens more receiving reprimands because of assaults. As of April 8, 2019, the Commonwealth of Pennsylvania Department of Public Welfare revoked the license of the Glen Mills School based on gross incompetence, negligence, and misconduct which resulted in mistreatment and abuse of children.

The childhood abuse attorneys at McLaughlin & Lauricella, P.C., have more than 100 years of experience representing survivors of childhood abuse and their families across Philadelphia, Berks, Bucks, Dauphin, Delaware, Lackawanna, Lehigh, Luzerne, Montgomery, and Northampton Counties, as well as the state of New Jersey. Contact us today toll-free at 1-855-633-6251 or fill out our confidential contact form to learn more about your legal options.