The Boy Scouts of America is one of the oldest and largest youth organizations in the United States.

In 2017, there were nearly 2.3 million youth members across the country and nearly 1 million adult volunteers leading those members. Over the years, the organization has changed and no longer mirrors the program that was originally founded in 1910. 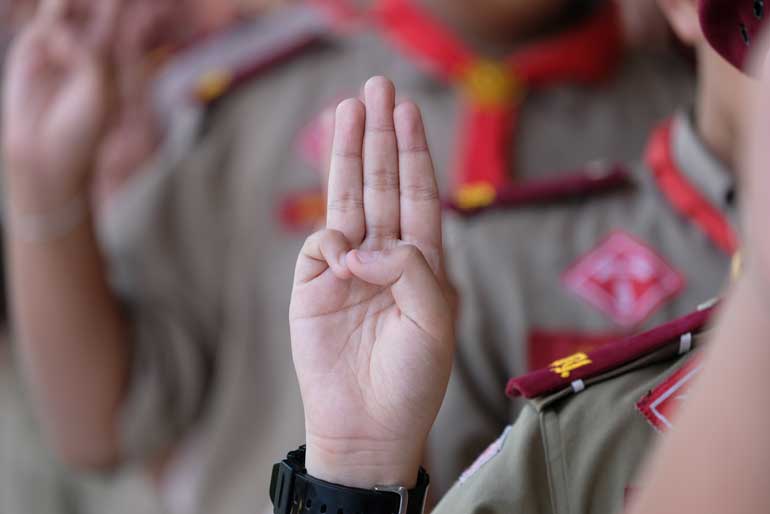 In 2015, the organization lifted its ban on openly gay leaders and employees, and in 2017, it announced that girls would be welcome to join the once exclusively boys’ organization. In 2017, the Boy Scouts of America also announced that transgender boys would be allowed to enroll in boys-only programs. In 2019, the Boy Scouts of America officially changed its name to Scouts BSA to reflect its change of policy to allow girls to join in separate troops.

All of this forward inclusionary progress has been good for the organization and its members. However, this good news and progression cannot hide the dark history of sexual abuse that was allowed to flourish and to run rampant through the organization for the last century. Since its inception, sexual predators have used trusted positions of power within the organization to prey upon young boys.

The Perversion Files – The Boy Scouts are Aware

As early as 1920, the Boy Scouts of America knew of sexual abuses in the organization and began implementing a “red flag” system to identify sexual molesters who were scout leaders or volunteers. This red flag system became known as the “Ineligible Volunteer Files” or the “Perversion Files.”

However, while the Boy Scouts did document and identify sexual molesters in the organization, it did nothing to prevent predators from harming young scouts. They even allowed accused pedophiles to continue working with boys in the program under “probation.”

Since the Boy Scouts started tracking sexual predators in their Perversion Files, nearly 8,000 volunteers have been excluded from the youth organization because they were credibly accused of sexually abusing children. Janet Warren, a professor at the University of Virginia, spent five years reviewing data from these files. She combed through 72 years of files from 1944 to 2016 and discovered that 7,819 sexual predators had abused more than 12,250 victims.

Getting the Perversion Files released to the public wasn’t easy. In the early 2000s, the Boy Scouts fought to keep some of the Perversion Files from being released in an Oregon case. In 2010, a jury found the Boy Scouts liable for $18.5 million in punitive damages after a former scout brought a lawsuit against the organization claiming he was sexually abused at the age of 12 by an Assistant Troop Leader. During that trial, only the Judge and the lawyers were able to see many of those “secret” and “hidden” files.

In 2012, the Oregon Supreme Court ordered that the records be made public. This was 10 years after a Boy Scout troop leader in New York had pled guilty to sexually abusing a young scout in his troop on a regular basis. He was sentenced to eight years in prison, but was released early.

Now that the Perversion Files have been released, the youth organization is currently facing innumerable lawsuits. These lawsuits allege that the Boy Scouts of America did not keep sexual predators from serving as Troop Leaders and from volunteering in their organization. Many of the accusations were swept under the rug, and the leaders were allowed to continue abusing young boys. In cases where the predator was removed from scouting, the Boy Scouts Organization never alerted law enforcement or the community, thereby allowing the abusive predator to harm others.

If you or someone you love is a survivor of child sex abuse in Pennsylvania or New Jersey, you need an experienced and skilled child sex abuse lawyer on your side. The child sex abuse attorneys at McLaughlin & Lauricella, P.C., have more than 100 years of experience representing victims, including child sex abuse survivors and their families across Philadelphia, Berks, Bucks, Dauphin, Delaware, Lackawanna, Lehigh, Luzerne, Montgomery, and Northampton Counties, as well as the state of New Jersey. Contact us today toll-free at 1-855-633-6251 or fill out our confidential contact form to learn more about your legal options.