Pennsylvania Has More Amusement Park Rides Than Any Other State

There are 9,300 registered amusement park rides in the state of Pennsylvania, including many stationary waterparks and amusement parks. Sadly, park rides cause thousands of injuries every single year. Minor injuries, such as broken bones and lacerations, often heal quickly with prompt medical treatment. However, significant injuries, such as traumatic brain injuries and spinal cord injuries, can result in a lifetime of pain, suffering, and permanent disability. Tragically, some amusement park accidents even result in death. 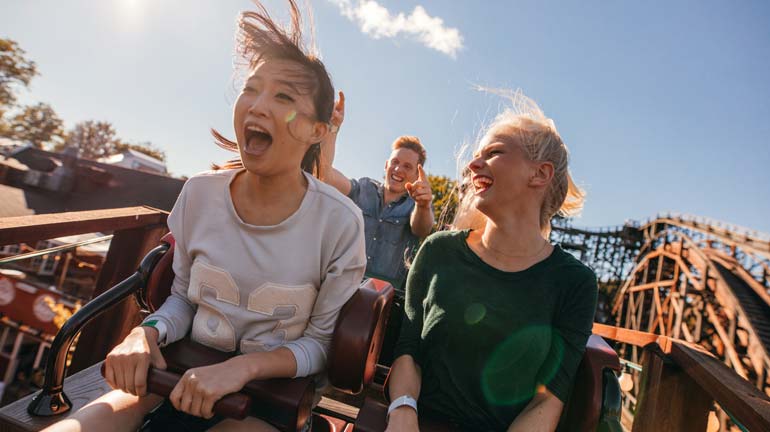 According to the Consumer Product Safety Commission (CPSC), approximately 8,800 people suffered injuries on amusement park rides in 2006 alone. Inflatable rides injured an additional 3,600 people, and water parks were responsible for injuring another 3,100 guests. By far, children between the ages of 10 and 14 sustained the most injuries of any age group. Children were also the victim in 75% of amusement park accidents where a rider falls from a ride or is forcibly ejected.

The forces of a ride can put a tremendous amount of strain on the body. Injuries to the tendons, muscles, and ligaments are common and can cause significant pain to accident victims. Many of these injuries take months to heal fully, and some of them result in permanent disabilities. The most common types of injuries include:

Amusement park owners and ride manufacturers have a responsibility to ensure the safety of their guests. This responsibility involves creating an environment that is free from known hazards and promptly addressing issues when they do arise. It also means training ride operators and employees properly so they can provide riders with a safe experience every single time they enter the park. However, this does not always occur. Sadly, dangerous and deadly accidents often occur when amusement park owners, ride manufacturers, employees, or guests act carelessly. According to the CPSC, the majority of amusement park rides are caused by the following:

The U.S. government and the CPSC regulate mobile amusement park rides, such as those found at county fairs and church carnivals. However, there is no government regulation of “fixed” rides, such as those found at Six Flags or Disneyland. This exclusion from regulation is known as the “Roller Coaster Loophole,” and this loophole creates hazardous and dangerous situations. While some states regulate and conduct safety inspections on fixed rides, the rest rely on insurance companies and third-party inspections to keep these amusement parks compliant with state regulations.

If you or someone you love has been injured in an amusement park accident in Pennsylvania or New Jersey, we can help. The accident attorneys at McLaughlin & Lauricella, P.C., have more than 100 years of experience representing injured accident victims and their families across Philadelphia, Berks, Bucks, Dauphin, Delaware, Lackawanna, Lehigh, Luzerne, Montgomery, and Northampton Counties, as well as in the State of New Jersey. Contact us today, toll-free, at 1-855-633-6251 or fill out our confidential contact form to learn more about your legal options.