Which Cities in Pennsylvania Have the Worst Drivers?

Previous Next
Which Cities in Pennsylvania Have the Worst Drivers? 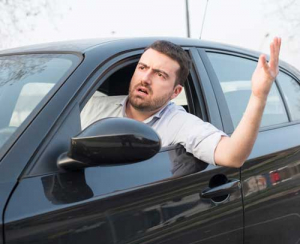 The city of Pittsburgh ranked 171st out of 200 for bad drivers, with an average of only 6.8 years between claims and 23.8 hard-braking events per every 1,000 miles. In 2017, Pittsburgh ranked 175th, so the city has improved slightly. Philadelphia ranked even lower, in the bottom 10 at 191st, the same ranking as the city received in 2017. Philadelphia’s average number of years between auto insurance claims is 5.9 years – which is actually lower than the national average – however, the city’s record for hard-braking events is extremely high – 42 hard-braking events per 1,000 miles.

Pennsylvania Among the Rudest on the Roadways

According to the Morning Call, in a 2017 survey, Pennsylvania drivers were ranked among the rudest in the nation. It appears that Pennsylvania drivers often engage in virtually every type of rude driving behavior imaginable. They fail to allow others to merge, steal parking spots, tailgate, and they even speed-up to prevent other drivers from passing.

While Pennsylvania did rank high on the rudest driver’s survey, New York (perhaps not surprisingly) ranked even worse. If you are curious, Idaho ranked as the state with the lowest number of rude drivers. Serious problems can result from driver rudeness, such as potentially dangerous confrontations and road rage incidents. Words can quickly escalate into physical threats and violence, with weapons sometimes thrown into the mix.

Courtesy on the Roadways Translates Into Safety

One Bethlehem Councilman who currently runs a driving school said he was not particularly surprised at Pennsylvania’s poor showing in these surveys, noting that cutting people off and refusing to move over for those merging are huge problems in the state. In general, courtesy on the roadways translates into safer drivers as well, particularly in merging situations.

Drivers Across the Nation Are Faster, Ruder, and More Distracted

Across the nation, drivers have continuously become faster and ruder motorists, not to mention the distractions drivers now engage in—such as talking on the phone, texting, eating, turning around to monitor children in the back seat, fiddling with vehicle controls, talking to passengers, and simply daydreaming when they should be paying attention to their driving.

Older and Female Drivers are Nicer

The survey also found that the older drivers get, the nicer they get – drivers under the age of 25 tend to be the very rudest, while those from 51 to 65 are the friendliest. Females tend to be significantly more polite than male, and in addition to Idaho, New Mexico, and Oregon, top the list for the nicest, most polite. The very rudest drivers can be found in New York, South Carolina, and Arkansas.

The car accident attorneys at McLaughlin & Lauricella, P.C., have more than 100 years of experience representing injured accident victims and their families across Philadelphia, Berks, Bucks, Dauphin, Delaware, Lackawanna, Lehigh, Luzerne, Montgomery, and Northampton Counties, as well as in the State of New Jersey. Contact us today toll-free at 1-855-633-6251 or fill out our confidential contact form to learn more about your legal options.