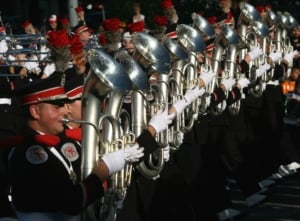 In 1978 National Lampoon’s released perhaps one of the most iconic college movies ever made, Animal House, which featured the tagline: We can do anything we want. We’re college students!

As funny as the film may be, its tagline isn’t exactly accurate.

While college certainly opens the door to opportunity, it does not give students free rein to haze fraternity and sorority members.

Of course, hazing is nothing new. It’s long been regarded as a “tradition” that happens behind closed doors. But imagine sitting in your dorm room when a group of fraternity brothers breaks in, duct tapes your arms and legs, and drags you to the beer-soaked basement of the fraternity house. There you’re bound to a chair and asked trivia questions about the frat. If you get the answer wrong, you’re forced to consume alcohol and endure physical abuse until you pass out, never to wake again. That’s what happened to George Desdunes. What do you think his family has to say about tradition?

Sadly, George Desdunes is not the first person to be a victim of hazing and certainly isn’t the last. Up until now, the laws regarding hazing have been, well, hazy. But with cases like George’s and Robert Champion, the Florida A&M band member who was beaten to death while being hazed, as well as a number of hazing incidents at Penn State catching national news coverage, people are starting to stand up and take notice.

As personal injury lawyers, we want to help clear the air even more when it comes to hazing.

Simply put, hazing is illegal in Pennsylvania. From name calling to kidnapping and physical abuse, it’s illegal and punishable by law.

Here are a few examples of typical hazing rituals that we’ve seen:

If you think you’ve been a victim of hazing, we’d like to hear from you. Remember, just because they’re college students doesn’t mean they can do anything they want.