HARRISBURG — A group of state lawmakers who said they were frustrated that the Penn State/Jerry Sandusky and the Roman Catholic sex abuse scandals were not enough to move legislation out of committee last year, announced plans Wednesday to reintroduced a bill that would remove the statute of limitations in cases of child sexual abuse. 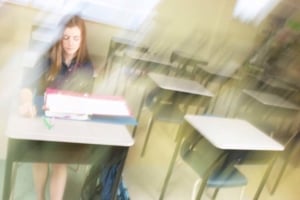 Where the statute of limitations has expired, Democratic Reps. Mike McGeehan and Louise Bishop said another bill would open a two-year window that would allow victims of child sexual abuse to report their story to file civil lawsuits.

“It is time to put victims first,” said Bishop, who said she was 12 when her stepfather began to sexually abuse her.

“I didn’t know how to handle it,” she said. “I knew if I told my mother, it would hurt her. I knew if I told my sisters and brothers I (would be) talking about their father and they wouldn’t like it and I would be even more isolated than I was. And if I told my grandfather, he would take his legal shotgun and would have blown his head off.”

Because other victims of child sexual abuse experience those same fears, the Philadelphia lawmaker said state lawmakers must finally do something to stop child predators.

McGeehan and Bishop introduced both measures in the last legislative session and even employed rarely used discharge petitions last summer to get the bills out of the House Judiciary Committee. But the legislation died when the session ended in December.

Marci Hamilton, an attorney known for her expertise in church and state law and the author of a book on how the country can better protect children from predators, said the legislation is “the only way to get to the truth.” She said California and Delaware have had success with similar new laws in their prosecutions of Roman Catholic priests.

“The only way the truth will come out is if this Legislature has the guts to look at the Catholic conference and say, ‘We want the truth and we’re not playing your game of secrecy anymore,'” Hamilton said.

“Shame on us that we can’t even get these bills to a hearing, let alone a vote,” Santarsiero said. “Let us have a public discussion. What are they afraid of?”

More than 3,000 civil lawsuits have been filed in the United States where victims of child sexual abuse have said their perpetrator was a Roman Catholic priest, according to a website that documents the church’s abuse cases, bishopaccountability.org.

Sandusky, the former Penn State football defensive coordinator, is serving a 30-to-60-year sentence in the State Correctional Institution at Greene after being convicted on charges he had sex with 10 boys over a 15-year period.

At the press conference Wednesday, former Philadelphia District Attorney Lynne Abraham called the priest child sexual abuse scandal “almost an epidemic” but said it’s important for people to remember that all people can become victims of the crime.

“Jehovah’s Witnesses, Boy Scouts of America, Big Brothers Big Sisters, the Hassidic Jewish community, this is not restricted to any one religion or one’s creed, one’s race, one’s gender, one’s location. This is a national problem which — has to be, finally, grappled with by the legislature,” Abraham said.

Talk to a McLaughlin & Lauricella Attorney

Contact McLaughlin & Lauricella today. Call toll-free at 1-855-MED-MAL1 (633-6251) to reach a law office in Philadelphia or New Jersey for a free consultation.