PHILADELPHIA (Legal Newsline) – In the wake of the Pennsylvania State University child sex-abuse scandal, questions loom over whether or not the school, as a state-supported higher learning institution, can face civil litigation.

The consensus among attorneys who have worked similar cases involving sexual abuse of minors seems to be that the university is not shielded from lawsuits under the state’s Sovereign Immunity Act, which essentially says the commonwealth cannot be sued.

Thomas Sheridan, a prominent Philadelphia lawyer who has handled child sex abuse cases in the past, told CNN News in a Nov. 13 report that the university appears to fall into one of nine exceptions laid out in Pennsylvania law that would pave the way for civil litigation.

“PSU has liability exposure to the sexual assault victims under the real estate exception to sovereign immunity,” Sheridan told CNN. “The Restatement Second of Torts section 344 has been explicitly extended to universities which do business with the public.”

Sheridan is of the mind that Penn State, as an institution, can be sued for physical harm caused by “accidental, negligent or intentionally harmful acts of third persons,” such as Gerald “Jerry” Sandusky, the former Penn State defensive football coordinator recently arrested and charged with sexually abusing eight children dating back to the late 1990s.

The criminal charges against Sandusky were announced in a scathing 40-count, 23-page grand jury presentment handed up recently after a multi-year investigation.

Sandusky ended his career in university athletics in 1999, but remained a fixture at the school in Centre County, Pa. His emeritus status allowed him to keep an office on campus, and apparently gave him free reign of the university’s sports facilities.

It was here that some of the victims named in the grand jury presentment were allegedly abused. The young boys came from a youth charity started by Sandusky in the late 1970s called the Second Mile. Sandusky had left his career in Penn State football to spend more time with the organization that caters to underprivileged children.

While the criminal case against Sandusky, as well as two other former Penn State officials, gets under way, the prospect of civil litigation appears inevitable.

And even if it’s determined that the university is shielded from civil liability, although most lawyers argue it doesn’t appear to be, attorneys who have worked child sex-abuse cases before seem to think Penn State is not going to go the way of the Catholic Church during its own pedophilia scandal.

“I don’t think Penn State is going to make the mistake that the Catholic Church would make and attempt to try the case on procedural grounds,” 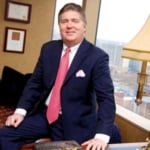 Philadelphia attorney Slade McLaughlin said in a phone interview Tuesday. “I think they’re going to try to reach out to these victims. I think even if there was some sort of legal basis for them to claim immunity, they probably won’t go that route because of the public relations nightmare surrounding the case.”

McLaughlin differed slightly from Sheridan’s initial assessment, that the university seems to fall under the real estate exception in the sovereign immunity law, since that exception usually deals with things like hazardous conditions in municipal sidewalks and trees in danger of falling on governmental property. But he nevertheless agrees with Sheridan that the school does not appear to be immune from civil liability.

“I think, yeah, you’ve got a good shot of getting by that,” McLaughlin said. “I really don’t think (a sovereign immunity claim) is going to be that much of an issue.”

Aside from the university itself, McLaughlin guesses that many other people involved with the scandal could be named in future lawsuits.

Another piece of the legal puzzle is the idea of a state statute of limitations potentially getting in the way of victims’ filing lawsuits against their alleged abusers.

Under Pennsylvania law, the statute of limitations in most civil assault cases is two years from the date of the injury, according to information found on the website of Andreozzi & Associates, P.C., a Harrisburg, Pa. law firm specializing in personal injury and sexual abuse cases.

ABC News reported that firm partner Ben Andreozzi was retained by one of Sandusky’s alleged victims, a hint that a civil suit might be forthcoming. A phone message left with Andreozzi’s secretary was not returned Tuesday.

If the injured victim is under the age of 18 when the alleged assault occurred, the victim must file a civil claim before they reach age 20, the website states.

However, when the assault is of a sexual nature, things change a bit. In 2002, Pennsylvania lawmakers passed legislation that gave abuse victims who were under age 18 when the abuse occurred up until the time they turn 30 to file lawsuits.

Prior to 2002, victims of childhood sexual abuse fell under the same categories as victims of other assaults, meaning the statute of limitations was narrowed significantly.

There’s currently a bill pending before the Pennsylvania Legislature that would alter the statute of limitations even more. The proposed law, if passed, would give anyone who was sexually abused as a child, regardless of the decade in which the alleged molestation occurred, two years from the date of the law’s passage in which to file civil claims.

McLaughlin said he believes both the Catholic Church sex-abuse scandal, and now the Penn State case, gives that bill more of a chance at getting passed.

“I think this whole scenario… is going to really give some legs to the bill currently in the legislature…” he said. “This whole controversy puts more pressure on the legislature to do something… I think it really highlights the problem here.”

As for the alleged victims in the Sandusky molestation case, McLaughlin said he doesn’t feel there’s anything to worry about as far as any statute of limitations, since most of them, while now adults, are likely not 30 yet, and thus could still potentially file suits under existing law.

However, it remains to be seen if the victims that were allegedly abused prior to the passage of the reformed statute of limitations law in 2002, would currently have standing to sue.

“I would think most of these suits would be viable,” McLaughlin said. “I don’t think there would be a statute of limitations bar to them.”

McLaughlin stressed he is not directly involved with the Penn State case, although he admitted to having had inquiries from alleged abuse victims regarding possible legal representation.

McLaughlin is, however, involved in a civil case stemming from alleged abuses by members of the Archdiocese of Philadelphia. He is presently representing an unidentified man who is suing two former priests and a religious schoolteacher for sexual abuse when the plaintiff was an altar boy at a Philadelphia parish.