A Bucks County Grand Jury Just Found That the Solebury School Outside New Hope Had Been Covering up Sexual Relationships Between Faculty and Students for More Than Half a Century.

Bucks County District Attorney, Matt Weintraub, said that, although Solebury is a “progressive” school, this was “child predation under the guise of progressive education.” Weintraub went on to say the lines of authority were “blurred,” and that the school had an environment which was “free of boundaries.” Sexual offenses which occurred at the school from the 1950’s through 2005 were presented to the Grand Jury.

Was Sexual Abuse Deliberately Covered Up by Solebury School Authorities? 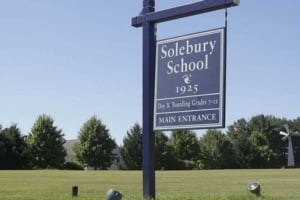 One former student detailed being raped after going off campus with a teacher and students in 1968, while another former student recounted “dates” she had with her gym teacher in the early 2000’s. Yet another woman said her Solebury School teacher rented a cottage, took her there, and then had sex with her in the early 1950’s. Solebury alumni, ranging in ages from 27 to 77, described the many ways their lives were irreparably altered as a result of sexual abuse by adults who worked at the prestigious school. The victims also claimed that administrators were aware of the ongoing sexual abuse, yet either turned a blind eye or willfully covered-up the abuse.

An investigation which began more than two years ago produced the report which was presented to the Grand Jury, unearthing criminal acts which, unfortunately, have become all-too-familiar. The Solebury School report came out only a week after Springside-Chestnut Hill Academy was forced to deal with its own claims of sexual abuse, which occurred decades ago, between a teacher and two former students.

Statute of Limitations Prevents Charges of Sexual Abuse from Being Filed

Unfortunately, in all but one of the Solebury School accusations, the statute of limitations has long-since run, and in the one case where the statute has not run, the victim has declined to prosecute. The alleged sexual abuse was perpetrated by teachers, a school volunteer, and a Trustee. The school is known for its informality, even allowing students to call teachers by their first names, despite its $35,000-$52,000 yearly tuition. Many of the school’s teachers reside on campus and routinely take students out on errands. Nine adults were identified for either sexually abusing a student or failing to report known abuse.

The current headmaster of Solebury School, Tom Wilschutz, calls the 49-page report “difficult and painful to read.” Wilschutz claims he has taken steps to address the measures recommended by the Grand Jury and apologized to any former Solebury students who were victims of sexual abuse while at Solebury School. The school was formerly in the spotlight when teacher, David Chadwick, was arrested and sentenced to 1-3 years in prison in 1996 for engaging in a sexual relationship with a female student. While that incident was not a part of the Grand Jury inquiry, the current investigation began after Solebury officials spoke with a former victim, then subsequently sent a letter to alumni apologizing for abuse which occurred between the 1950’s and the 1970’s.

The Pennsylvania Senate recently passed a Bill which would eliminate the statute of limitations for criminal child sexual abuse cases; however the bill is not retroactive. Victims who testified before the Grand Jury told of how the sexual abuse suffered at Solebury School had changed their lives forever. One victim testified that he suffers from a severe anxiety disorder, is afraid to leave his house, and is afraid of the dark as the result of his 1968 rape at Solebury School. The oldest victim, who is now 77, told the Grand Jury members that the sexual abuse she suffered from age 15 at the hands of her Solebury teacher, has “been with me my whole life.”

At McLaughlin & Lauricella, P.C., we have more than 75 years of experience representing victims and their families across Philadelphia, Berks, Bucks, Dauphin, Delaware, Lackawanna, Lehigh, Luzerne, Montgomery, and Northampton Counties. We are also proud to serve sexual abuse victims throughout the State of New Jersey. Contact us today at 215-568-1510 (PA) or 856-380-3999 (NJ), or fill out our confidential contact form to learn more about your legal options.