Human trafficking is “the use of force, fraud, or coercion to obtain some type of labor or commercial sex act.”(1) Human traffickers earn global profits of approximately $150 billion a year, $99 billion of which comes from commercial sexual exploitation.(2) An estimated 50,000 people are trafficked into the U.S. every year. Of those trafficked in the U.S., many pass-through hotels and motels, going unnoticed or purposely ignored by staff. The National Human Trafficking Resource Center indicated that, from 2007 through 2017 alone, there were approximately 3,596 instances of human trafficking involving a hotel or motel.(3) Hotels and motels were the third most common venue for sex trafficking in 2019 and have been consistently in the top three since 2013.

In 2019, approximately 125 hotel/motel-related entities in the U.S. were sued for their failure to notice and prevent human trafficking taking place at their locations.(4) In 2020, the Wall Street Journal noted that dozens of lawsuits had been filed across the country, accusing some of the best-known hotel chains of ignoring sex trafficking on their properties.(5) Hilton Worldwide Holdings Inc., Marriott International Inc., and Wyndham Hotels & Resorts Inc. were just a few of the Defendants named. More recently, in October of 2020, a lawsuit was filed in New Jersey on behalf of “E.B,” naming as Defendants Wyndham Hotels & Resorts, Motel 6 Corp., Red Lion Hotels Corp., and The Blackstone Group.

Many of the victims have sued under the 2003 Reauthorization of the federal Trafficking Victims Protection Act (TVPA), which offers civil recourse for human trafficking victims. Under the Reauthorization, victims can sue anyone who “knowingly” benefits from a “venture which that person knew or should have known” was engaged in human trafficking. In 2020, a Federal Court in Ohio emphasized that a Plaintiff need not show the Defendant had “actual knowledge” of the trafficking venture to be found liable.(6) In fact, a Plaintiff can allege sufficient facts under the TVPRA by merely showing that a Defendant rented rooms to people it knew or should have known were engaged in human trafficking.

Through these lawsuits, victims also hope to reform substandard detection practices which perpetuate human trafficking. Jonathan Sedgh, an attorney involved in a multi-district litigation against these major hotel companies, noted that “Whether they’re a small hotel chain or a large corporation … change needs to happen. We hope that with these lawsuits, these hotel chains will actually start the process of stopping trafficking from happening on their watch.”(7) Another attorney argued that, “Hotel employees are uniquely situated to identify and report suspicious activity on hotel property. From check-in to check-out there are numerous indicators that traffickers and the adults and children who are victimized by sex trafficking exhibit during their stay at a hotel property. With proper training and other reasonable security measures, hotel owners and operators could prevent the trafficking of persons on their properties.”(8) 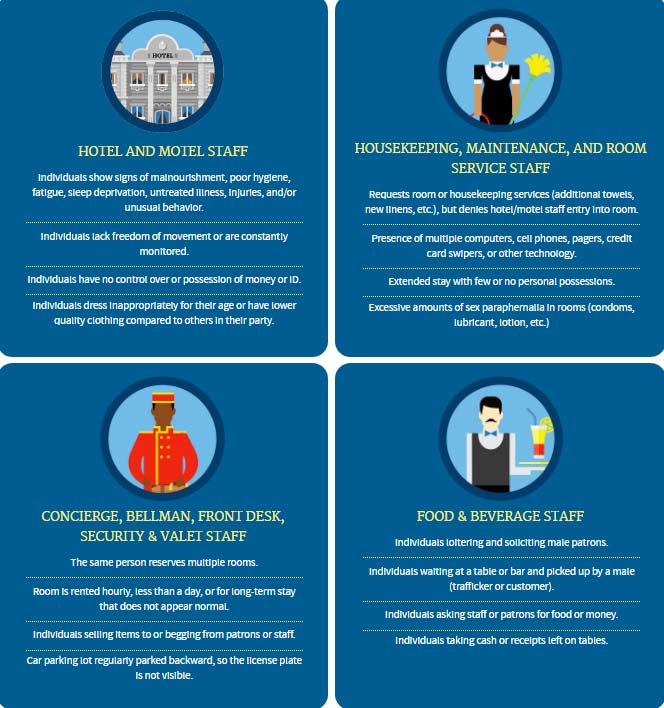 If you or a loved one has been the victim of child sexual trafficking, contact a proven advocate for child sexual abuse victims in Pennsylvania and New Jersey. The team at McLaughlin & Lauricella can handle cases involving sexual trafficking which may implicate numerous legal, emotional, and practical considerations. Reach out to our attorneys by calling Pennsylvania – 215-568-1510 or New Jersey – 856-380-3999 or contact us by email, to find out what sort of help we can provide for you.