The Catholic Church is not the only religious organization that has been hiding decades’ worth of sexual abuse within its walls. The Jehovah’s Witnesses have tried to conceal the sexual abuse of children within that religious order as well. 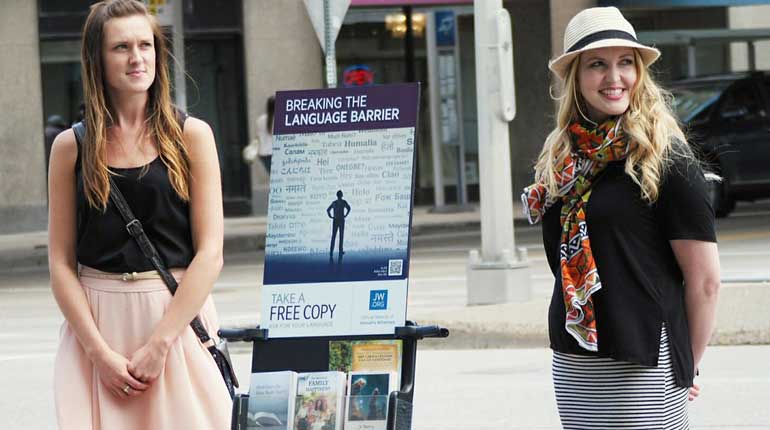 The Jehovah’s Witnesses have gone so far as to collect information of sexual abuse within the organization and to store these accounts within electronic databases held confidential to anyone outside of the organization. In March of 1997, the Watchtower Bible sent a request to all 10,883 congregations in the United States asking congregation Elders to document reports of child sexual abuse. These requests were sent out in blue envelopes that contained a questionnaire pertaining to instances of child sexual abuse. Congregations were asked to write detailed reports about anyone within their congregation who had been accused of molesting a child. Specifically, they were asked questions about the type of abuse that occurred, the frequency of the sexual abuse, personal information about the perpetrator(s), how the perpetrator and victim were perceived by others in the congregation, how many people knew about the abuse, and what kind of reaction the community had to the allegations of sexual abuse. The Elders in the congregations filled out the questionnaires, placed them back in the blue envelopes, and sent them back to the Jehovah’s Witnesses’ headquarters. The information provided by the different congregations was then recorded and kept in a Microsoft Share Point file. The database is believed to have the names and locations of every known child abuser within the Jehovah Witnesses’ organization in the United States. Despite many Court Orders, the Jehovah’s Witnesses have refused to turn over this information to authorities, and to date the information in the database remains confidential. Their sex abuse secrets have been held in higher regard than the safety of their children.

While the Jehovah’s Witnesses are one of the most secretive and toughest religious groups to get information about, there have been millions of dollars in judgments awarded to victims in connection with abuse claims and the organization’s attempted cover-up. The Pennsylvania Attorney General’s Office has opened a Grand Jury Investigation into how Jehovah’s Witnesses’ leaders have handled allegations of child sexual abuse.

While the Jehovah’s Witnesses are one of the most secretive and most difficult religious groups to investigate, there have been millions of dollars in judgments awarded to victims of the pervasive abuse of children within this secretive sect. The abuse is real and it is ongoing.

If you or someone you love is a survivor of child sex abuse in Pennsylvania or New Jersey, you need an experienced and skilled child sex abuse lawyer on your side. The child sex abuse attorneys at McLaughlin & Lauricella, P.C., have more than 100 years of experience representing victims, including child sex abuse survivors and their families across Philadelphia, Berks, Bucks, Dauphin, Delaware, Lackawanna, Lehigh, Luzerne, Montgomery, and Northampton Counties, as well as in the State of New Jersey. Contact us today toll-free at 1-855-633-6251 or fill out our confidential contact form to learn more about your legal options.