In February of 2019, New Jersey Governor Phil Murphy signed into law a Bill lengthening the statute of limitations for childhood sex abuse survivors. 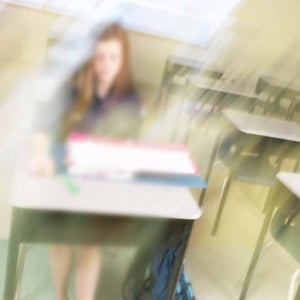 This law effectively allows increased time for survivors of childhood sex abuse to file civil lawsuits against their abusers and the negligent institutions that harbored these perpetrators. Prior to this legislation, the statute of limitations in New Jersey only allowed survivors of childhood sexual abuse to file lawsuits against their abusers up until they were 20 years old (or two years after they first became aware of the abuse).

The new law, which will take effect in December of 2019, allows victims of childhood sex abuse to file civil lawsuits against their abusers until the victims turn 55 years of age or until seven years has passed from when they first realized they had been abused. Of particular importance, this law also allows individuals who were previously barred from suing, two years to pursue their legal remedies.

This new legislation comes at a particularly volatile period of time in New Jersey as more victims of childhood sexual abuse by predators in the Catholic Church, the Boy Scouts, and the medical community have recently brought their abuses to light. In February of this year, the Newark, New Jersey Catholic Archdioceses released a comprehensive list of all clergy members who had been credibly accused of childhood sexual abuse. One of the most prominent figures on that list of predatory priests was a former Cardinal, Theodore McCarrick. He retired as Archbishop of Washington, D.C. after serving as Head of the Archdiocese of Newark for years. In 2018, he resigned from the College of Cardinals after he was found guilty by the Holy See of abusing two minor boys.

The Archdiocese of Newark objected to portions of the Bill but did comment that it believed in restoring justice to victims of sexual abuse in New Jersey. Previously, the state’s Catholic Conference had argued that the statute of limitations should not be extended to institutions and that only individual predators in the Church should face Civil Actions for past abuses. While the Governor did recognize the significant financial concerns of organizations like the Boy Scouts and the Catholic Church, he stressed the greater importance of protecting children from future abuse and the responsibility the state had to victims of past abuse.

To help victims of childhood sexual abuse with their recoveries, the five Catholic Dioceses in New Jersey have set up a Compensation Fund for victims. This fund offers victims a faster way to obtain compensation for the harm they have suffered, with a much lower level of proof required than in a traditional Court of Law. There is no discovery process and no press. The facts of the abuse are not made public, and victims are offered money to compensate them for the harm and suffering they have endured. Victims who participate in the fund are not allowed to file lawsuits, and the names of their abusers are not required to be released to the public. Obviously, these claims will not be paid at full value, and consultation with a knowledgeable lawyer should take place before any claimant enters into this program.

When You Need Justice

For many victims of childhood sexual abuse, receiving compensation isn’t all that is necessary in order for them to achieve closure. In order to fully heal from their abuse, and the trauma they have suffered, many victims choose to pursue Civil Actions against their abusers. By filing lawsuits, survivors of childhood abuse can not only obtain compensation for themselves but can help shine the spotlight of justice on the hidden abuses of the past and protect children in the future from suffering the same fate they endured. Survivors often find closure in knowing they have held their abusers accountable. If you have suffered childhood sexual abuse in New Jersey, you now have more time to choose the legal path that is best for you. Whether you choose to seek compensation through the Catholic Compensation Fund, or you wish to file a civil lawsuit against your abuser, we can assist you with either process to achieve your goals.

The child sex abuse litigation attorneys at McLaughlin & Lauricella, P.C., have more than 100 years of experience representing personal injury victims and survivors of childhood sex abuse and their families in New Jersey and in Pennsylvania. Contact us today toll-free at 1-855-633-6251 or fill out our confidential contact form to learn more about your legal options.