A former Pennsylvania youth wrestling coach was extradited from Georgia after he was accused of numerous counts of child sex abuse in Monroe County. Ron Gorman ran Stroudsburg Area Youth Wresting until 2009. Police troopers say that, earlier this year, two of Gorman’s former wrestling students came forward with accusations that Gorman sexually abused them while he was their coach. The alleged assaults occurred numerous times in Gorman’s home and in hotels when the victims were between 10 and 15 years old. The victims are now 20. 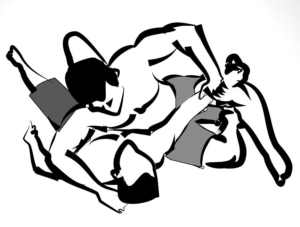 Since his extradition, authorities have uncovered just how pervasive the child sexual abuse was. Gorman now faces 513 counts of child sex abuse and is being held on a $1 million bail for allegedly raping and sexually abusing the two boys. He faces charges that range from rape of a child to statutory sexual assault.

One of the victims said that the former coach flew him to Georgia to continue the sexual abuse. He allegedly sent the boy money in exchange for sexual videos via Snapchat and even messaged him on Facebook with love notes. The other victim told authorities that Gorman abused him from the time he was 10 years old and the abuse continued until he was 15. He said the sexual abuse started in hotels and at sleepovers and even continued in Gorman’s home when his wife was away.

According to the Pennsylvania Department of Human Services, there were 4,203 children abused in 2015 and half of those children were victims of sexual abuse. This is a 25% increase in child sexual abuse cases in a single year. Many wonder why victims of sexual abuse do not immediately report it. The answers to that question are many: shame, fear, and self-blame are often contributors to the decision of victims to remain silent.

When sexual abuse to a minor DOES occur, the emotional damage can be both overwhelming and devastating, especially with regard to the emotional impact of these horrific crimes. Victims of childhood sexual abuse may have difficulty maintaining relationships and they may turn to drugs or alcohol to help numb the painful memories of the abuse. They may suffer from depression or anxiety and even have difficulty maintaining gainful employment. Brushes with the criminal justice system are common.

It is important for survivors of child sex abuse to know that they are not alone and that they are not to blame. There are ways to confront a molester and to seek justice. Not only are these heinous crimes a criminal matter, but they also have implications for civil liability as well. Victims often file civil lawsuits against their abusers, and against other “enablers” (i.e., individuals or institutions that allowed the sexual abuse to occur). These potential defendants may include churches, schools, day care centers, or other organizations that failed to adequately screen a child abuser or who turned a blind eye to activities that hinted at the possibility or likelihood that sexual abuse was ongoing. An experienced attorney with the knowledge and resources needed to litigate complex child sex abuse cases is a pre-requisite to the successful pursuit of a civil monetary award.

If someone you love has been the victim of child sexual assault, the experienced child sexual assault lawyers at McLaughlin & Lauricella, P.C., can help. Our team of lawyers consists of some of the best attorneys in Pennsylvania and New Jersey, and we will fight aggressively for you throughout the legal process.

At McLaughlin & Lauricella, P.C., our attorneys have more than 90 years of experience representing childhood sexual assault victims and their families across Philadelphia, Berks, Bucks, Dauphin, Delaware, Lackawanna, Lehigh, Luzerne, Montgomery, and Northampton Counties. We are also proud to serve victims throughout the State of New Jersey. Contact us today toll-free at 1-855-633-6251 or fill out our confidential contact form to learn more about your legal options.