A $2.5 million settlement has been reached in a dram shop action brought by the survivors of the 32-year-old scion of a family of prominent local union members who died in May 2004 after he crashed his vehicle while driving drunk. 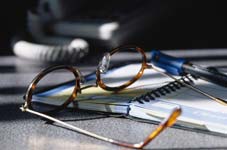 Teamster William Hamilton was not married and had no children, according to his family’s attorney, and no one else was injured in his fatal early-morning accident on Roosevelt Boulevard in Northeast Philadelphia.

Slade McLaughlin of McLaughlin & Lauricella said that testimonials concerning Hamilton’s life were submitted by a top Hollywood director and former members of the Philadelphia Phillies and Eagles in preparation for the Hamilton v. Fat Tuesday litigation.

Contributing to the settlement, on behalf of themselves and certain employees, were three bar-defendants: Fat Tuesday, Paddy Whacks Irish Sports Pub, and Chickie’s and Pete’s.

All three have Northeast Philadelphia locations not far from the headquarters of Teamsters Local 107, of which Hamilton’s father, also named William, is president.

Deal said his client’s contribution amount to its full primary policy limits plus a $300,000 portion of its excess coverage.

Paddy Whacks’ counsel in Hamilton, Jerry Marks of Marks O’Neill O’Brien & Courtney in Doylestown, declined to comment on the specifics of the settlement or how it was reached.

Fat Tuesday was defended in the matter by M. Scott Gemberling of Marshall Dennehey Warner Coleman & Goggin in Philadelphia.  Gemberling did not immediately respond to a call seeking comment.

McLaughlin said the settlement was reached following two mediation sessions before Peter Dunn, a partner in Margolis Edelstein’s Philadelphia office. A key topic during the mediation sessions was the extent to which a Philadelphia Common Pleas jury might find that Hamilton had been personally negligent with respect to the accident that caused his death, McLaughlin said.

But the plaintiffs were able to put forward a strong set of testimonials detailing Hamilton’s potential.

M. Night Shyamalan, the locally raised Hollywood filmmaker who shoots his movies using Philadelphia-area locations, wrote that Hamilton had worked on several of his films and served as head of transportation during the filming of 2004’s The Village.

“Even though Bill was one of the youngest on the set, he was looked up to by everyone,” Shyamalan wrote in a letter dated May 23.  “He was going to be the future of filmmaking in this city.  I could see that.  Billy was Philadelphia.”

Other testimonials were provided by family friends Larry Christenson, a former Phillies pitcher, and John Spagnola, who played tight end for the Eagles in the 1980s.

A lengthier one was provided by Hamilton’s former employer, Neil Sagot of Sago Phillips Brooke & Cornett in Bensalem.  Sagot wrote that Hamilton would have made “an outstanding union-side labor attorney.”

McLaughlin said that Hamilton was a college graduate who had completed two years of law school.