Verdicts for plaintiffs in medical malpractice cases are rare in Lehigh County, Pennsylvania. 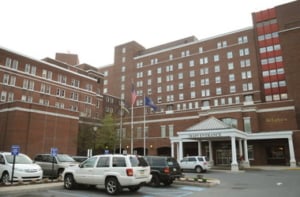 However, on December 23, a Lehigh County jury found a Lehigh County obstetrician responsible for brain injuries sustained by a little boy in the moments before his birth.

A Lehigh County jury on awarded $55 million to a former Lehigh Valley family that sued St. Luke’s University Hospital and one its doctors for medical malpractice. Slade McLaughlin and Paul Lauricella represented the child in a two week trial in Allentown.

Philadelphia medical malpractice attorneys Paul Lauricella and Slade McLaughlin, convinced the jury that St. Luke’s and Dr. Ronald Kirner ignored signs that Matthew Crowell wasn’t getting enough oxygen during his November 2009 birth at the hospital’s Fountain Hill campus and should be delivered via Caesarean section.

Matthew Crowell suffers from cerebral palsy and is severely developmentally delayed, according to the suit. The jury decided St. Luke’s and Kirner are each 50 percent to blame for Matthew Crowell’s disabilities.

“I think it’s the largest verdict for a single plaintiff in the history of the county,” said Paul Lauricella, one of the plaintiffs’ attorneys.  Lauricella said terms of the agreement with St. Luke’s are confidential, and he declined to discuss them.

The jury returned its unanimous verdict after less than three hours of deliberation.