While you might think there is no downside to an increasingly healthy economy, you might be wrong about that. A new report by the Insurance Institute for Highway Safety claims a stronger economy can lead to an increase in deadly automobile crashes. Data was collected over a four-year period—from 2012 through 2015—with findings that smaller vehicles on the road simply don’t protect the driver and passengers in the same way that larger vehicles do. The highest rate of deaths were found in the Hyundai Accent and the Kia Rio, which are considered “compact” cars. 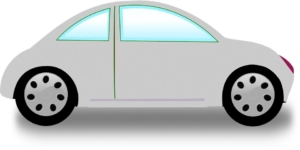 The Highest Rate of Traffic Deaths Have Been Observed Among Drivers of Mini & Small Cars (Compact Car Accidents).

The question of whether small cars are safe is one that has been asked for many years. Many consumers want to downsize to more compact vehicles, usually for the increased gas mileage. However, they may be wary of doing so because of safety issues. Parents with newly-licensed teens are particularly concerned about safety, since teens are more likely to be involved in an auto accident during their first year of driving. The quick answer to this question is that, while the manufacturers of small vehicles have worked hard to increase the safety factor, in the end, you can’t beat physics, and physics dictates that big and heavy is safer than small and light.

Larger vehicles generally have longer hoods, bigger crush zones, and they can weigh as much as 2,000-3,000 pounds more than smaller vehicles. This gives the larger vehicle an inherent advantage, particularly in a front-end collision. In a collision between two vehicles, the larger, heavier vehicle will typically push the lighter vehicle backward at the time of impact. This means there is less force on the passengers and driver of the heavier vehicle. A statistic which bears this out is that the lowest 2015 death rate by vehicle type was for very large SUVs—13 deaths per million registered vehicles as opposed to 64 deaths per million registered mini-cars. That’s quite a difference between small and large vehicles.

What About Older, Larger Cars?

This is not to say that an older, large car is safer than a newer, smaller car. Although you have likely heard the claim that older cars were built like “tanks,” in fact, a large vehicle which is ten years old (or older) is unlikely to be equipped with side airbags (or any airbags), electronic stability control, or updated safety harnesses. Further, recently manufactured vehicles also come with collision avoidance technology, emergency braking, and many other additional safety features. ESC, or electronic stability control, is particularly important in top-heavy SUVs and pickup trucks. ESC became mandatory in all vehicles starting in 2012. SUVs and trucks were required to strengthen their roofs to protect occupants in a rollover crash, and all manufacturers have added airbags. 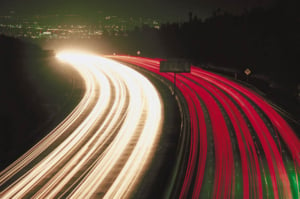 How Do You Choose a Safe Car?

If you are in the market for a vehicle, do your homework. See which vehicles received five-star ratings from the NHTSA, or research through Consumer Reports, remembering that ratings are only useful when you compare vehicles within the same size class. This means that a mini-car with a five-star rating is not comparable to a large sedan with a five-star rating, since vehicle ratings are meant to compare vehicles of a similar size. If you already own a small car, remember that, while larger cars are normally safer than smaller vehicles, the safety for small cars has vastly increased over the past decade. The number of deaths per million for mini cars decreased by 56 percent from 2005 to 2015, by 57 percent for small cars during that time period, by 46 percent among mid-size cars, and by 28 percent for large sedans.

Interestingly, in spite of the rollover and roof crush factors, SUVs remain the safest category of vehicle. The SUV sits up higher, making it less likely to slide under another vehicle in a crash, and in 2015 data, large and very large SUVs came in at 13 deaths per million. The fatality rate for large SUVs declined by 71 percent over the last decade, while the fatality rate for small SUVs declined by 60 percent. In the big picture, how you drive is possibly more important that what you drive. Human error contributes to more than 90 percent of all crashes; therefore all drivers need to slow down, get rid of distractions, and drive safely.

If you or someone you love has been injured in a car accident, the experienced Pennsylvania car accident lawyers at McLaughlin & Lauricella, P.C., will be on your side from the very beginning. Our team of lawyers consists of some of the best attorneys in Pennsylvania and New Jersey, and we will fight aggressively for you throughout the legal process.

The car accident attorneys at McLaughlin & Lauricella, P.C., have more than 90 years of experience representing injured accident victims and their families across Philadelphia, Berks, Bucks, Dauphin, Delaware, Lackawanna, Lehigh, Luzerne, Montgomery, and Northampton Counties. We are also proud to serve injured accident victims throughout the State of New Jersey. Contact us today toll-free at 1-855-633-6251 or fill out our confidential contact form to learn more about your legal options.