While the period from Memorial Day to Labor Day is often called the “100 deadliest days” for teen drivers, in fact, summertime accidents increase, across the board, for all ages.

While you might think that driving on a hot summer day is much safer than driving in winter weather conditions, the Insurance Institute for Highway Safety has determined that August actually has the second highest number of fatal car accidents (approximately 3,037 per year), following only slightly behind October’s 3,068. Further, June, July and September each have approximately 2,800 fatal accidents annually. 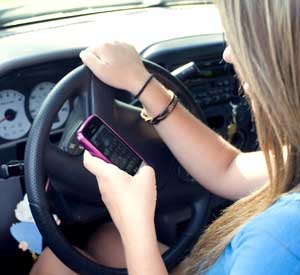 The primary reason for this summertime increase in fatal accidents can be tied directly to the increase in teenage drivers on the roadways during the summer months. Teens are out of school, and many new and inexperienced drivers are going here and there, often with a car full of their teen friends. Data shows that teenage drivers are more likely to be involved in an auto accident than any other age group, and with more teens on the roads during the summer months, it stands to reason that the number of auto accidents will increase. Over the last five years, about 1,000 people died in crashes involving a teen driver between Memorial Day and Labor Day.

Drivers between the ages of 16 and 19 had significantly more summer accidents, pushing the number of deaths up 16 percent over other times of the year. Many researchers have concluded that cell phones may contribute to nearly 60 percent of crashes involving teen drivers during the summer months. While teens are often guilty of texting while driving, their cell phone usage for texting and talking appears to increase during the summertime.

Other Reasons for Summer Auto Accidents

A second reason for the increase in the number of auto accidents during the summer months is that more families are on the roadways as they travel across the U.S. on vacation. Because they are on unfamiliar roads, and may have the distraction of children wanting to know, “Are we there yet?” or scuffling in the back seat, accidents are more likely to occur. As the roads become more congested during the summer months, impatient drivers may get angry at other drivers more quickly, and may even engage in road rage behaviors.

Tire Blowouts, Road Construction, and More Pedestrians and Bicyclists on the Roads

Tire blowouts also result in more auto accidents, and with well-worn tires, the hotter weather can cause the air inside to expand, leaving a driver with the potential for a blowout. Road construction crews tend to be out in full force during the summer months, attempting to make up for the winter weather which kept them from getting the job done. The CDC reports that construction zones averaged 773 auto fatalities per year between 2005 and 2014. The warmer weather also means there will be more pedestrians and bicyclists on the roadways, and some drivers just don’t seem to want to share the road, once again creating the potential for a serious accident.

Aside from car accidents, there are many more boating accidents during the 100 deadliest days, simply because this is the time when families are taking advantage of the warm weather, and getting in some boating time. Add to that the fact that many boaters are also drinking alcohol while out in the sun, and you have a recipe for disaster. Drowning and boating accidents increase significantly during the summer months, so it is important to ensure that children wear life vests, and are never left unattended close to the water. With more bicyclists on the road, bicycle accidents are much more likely to occur as well.

When a bicyclist or motorcyclist collides with a car, the person on the bicycle or motorcycle is 26 times more likely to die than the driver or passengers inside the car. There is simply very little protection afforded to bicyclists and motorcyclists during an accident with a motor vehicle; therefore, drivers must be aware of sharing the road with these smaller vehicles, and pay close attention when changing lanes or making an intersectional turn.

Playground accidents also increase dramatically during the summer months as children play outside more on private and public playgrounds. Young children should always be supervised to avoid serious playground accidents. Add to the above fireworks accidents, bug bites, sunburn, and heatstroke, and you can see why surviving summer’s 100 deadliest days require being alert and aware of the risks.

If you or someone you love has been injured due to another person’s negligence, the experienced Pennsylvania personal injury lawyers at McLaughlin & Lauricella, P.C., can help. Our team of lawyers consists of some of the best attorneys in Pennsylvania and New Jersey, and we will fight aggressively for you throughout the legal process.

The personal injury attorneys at McLaughlin & Lauricella, P.C., have more than 90 years of experience representing injured accident victims and their families across Philadelphia, Berks, Bucks, Dauphin, Delaware, Lackawanna, Lehigh, Luzerne, Montgomery, and Northampton Counties. We are also proud to serve injured accident victims throughout the State of New Jersey. Contact us today toll-free at 1-855-633-6251 or fill out our confidential contact form to learn more about your legal options.