Rory’s Law: A Push for the Safety of Kids in the Emergency Room

Previous Next
Rory’s Law: A Push for the Safety of Kids in the Emergency Room 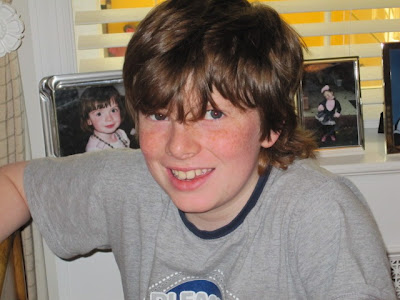 On Wednesday, March 28, 2012, Rory Staunton dove for a basketball in gym class, scrapping his arm in the process.  Deemed a minor injury, the wound was patched up with a Band Aid and brushed off by Rory, who didn’t bother telling his mother until much later that evening.

However, the next day he found himself in the emergency room, feverish and vomiting.

After a few hours, doctors at NYU Langone Medical Center agreed that he was merely suffering from an upset stomach and dehydration, unrelated to the cut.  They gave him fluids, told him to take Tylenol, and sent him on his way.  Three days later, 12-year-old Rory Staunton died from Strep A Toxic Shock Syndrome, an easily preventable disease.

While in the emergency room, doctors performed tests on Rory’s blood.  The laboratory report showed Rory producing vast quantities of cells that combat bacterial infection, a warning that sepsis could be on the horizon.  But doctors ignored these results and didn’t share them with Rory’s parents.

If Rory had been properly diagnosed, he would have been prescribed a series of IV antibiotics that would have saved his life.

Instead, the bacteria which entered his blood through the cut overran his immune system, causing him to slip into severe septic shock.

However, in the wake of tragedy comes hope.  Rory’s grief-stricken parents recently initiated a push for “Rory’s Law,” which would require healthcare professionals to share blood and lab tests with parents as soon as the results are available.  It would also require a doctor to be present to assess the findings.

This isn’t the only silver lining to this heart-rending story, though.  A New York Times article paying tribute to Rory gained a lot of attention and has been an integral part in septic shock awareness.  Over 1,400 people gathered at Rory’s New York memorial to hear about the legacy of a young boy who meant so much to so many.