Previous Next
Auto Accident Attorney Advice : The Safest Cars for 2013

It’s our job to make sure the victims of these accidents are rightfully compensated for their suffering; however, we’d much rather not see people suffer to begin with.

Car safety features have come a long way over the past fifteen years. Sadly, some of the victims we represent have sustained injuries that could have been prevented if they were driving safer vehicles.

With that said, we wanted to take this opportunity to share information about some of the safest cars for 2013. 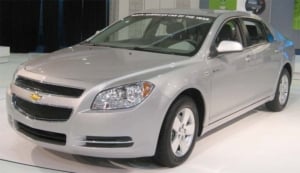 The Insurance Institute for Highway Safety has already voted the 2013 Chevrolet Malibu Hybrid as a top safety pick.  During the brake testing, this hybrid was able to come to a halt from 60 mph in just 119 feet, significantly shorter than its competition.  Its roof-strength, side-impact and frontal-offset crash tests all ranked as “good.” 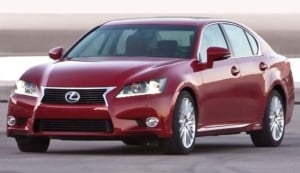 If you’re looking for a car that’s both safe and luxurious, the Lexus GS should be among your top choices.  Known for its strong roof, this vehicle is the one you want to be in during a rollover collision. When tested, the roof withstood a force that was equal to 4.88 times the actual vehicle weight. 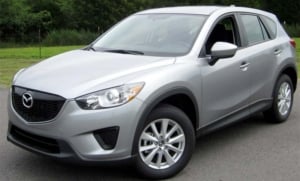 At a more affordable price than the Lexus GS, the Mazda CX-5 also features an exceptionally strong roof. The roof of this vehicle can withstand 5.47 times its vehicle weight and can stop within 121 feet from 60 mph. You also have the option of a blind spot warning system. 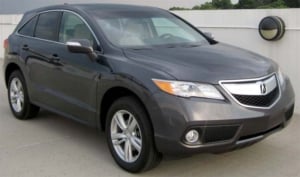 This powerful SUV features an impressive fuel economy and comes with a standard rearview camera, a feature most vehicles charge for. It also includes turn signal mirrors and a whiplash protection system in front head restraints; two other features that are hard to come by. 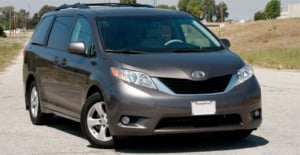 While the Sienna may not possess the cargo space and fuel economy of other leading vehicles, it does have a zero driver death rate.  With that said, we had to put it on our list. It receives “Good’ crash test ratings and not only does it have a driver side knee airbag, the side curtain airbags also feature rollover sensors.

Don’t own one of these cars?  You can still see how safe your car is and compare it to the list.  If you do happen to get into an accident, though, please don’t hesitate to contact us and we’ll make sure you’re properly compensated for your pain and suffering.