On the morning of April 12, the women’s lacrosse players at Franklin & Marshall learned that their team was the subject of a college investigation.

Five days later, the coach was fired and the team’s juniors and all but one of its seniors were suspended amid allegations of a hazing episode said to have occurred more than a year earlier at an event known as Freshmen Fun Night.

The decision effectively ended the season of one of the sport’s most successful Division III programs, a perennial power that won the 2009 N.C.A.A. championship and felt it had a legitimate chance to compete for the title eventually won by Trinity College.

Now, with the disappointment of the truncated season lingering, it remains unclear how the team will move forward and, when it does, what it will look like.

Kelsey Hoffman, the starting goalie the past two seasons, will return for her junior year but is not sure whether she will play lacrosse. Hoffman said she knew of three other players who had decided not to return to the team.

“I am not 100 percent confident if the program will be restored to its original value,” Hoffman said. “In theory and ideally, I would like to return to the team. But I will have to do some serious thinking as the fall approaches before our fall season begins.” 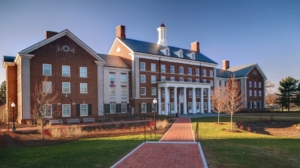 The college, a small private institution in Lancaster, Pa., declined to make any of its top officials available for comment, but a spokeswoman said that it stood behind its decision to fire Coach Lauren Paul and suspend the players. It determined after its investigation that “real harm” had been caused by the 2011 episode, which it deemed to be hazing. The spokeswoman, Cass Cliatt, cited privacy and legal issues in declining to detail what Franklin & Marshall believed took place or who was involved, and said the college’s focus was on “helping the community move forward.”

A consultant has been enlisted to help Franklin & Marshall find a new coach, one that it hopes to have in place before the start of fall practices in September. Still, Paul and many of the team’s players said they still had questions about what happened to their season, and why.

“Honestly, I have no idea why I was fired,” said Paul, who was 27 when Franklin & Marshall won the 2009 title, making her the youngest coach in college women’s lacrosse history to lead a team to a national championship. “They never told me the findings of the investigation. Ever.”

After firing Paul, the college did offer the suspended players a way to return during the season. That was contingent upon an agreement by the players to certain stipulations, ranging from sharing predetermined playing time to no longer wearing eye black. The players declined.

“What they gave us back, with the restrictions, was absolutely ridiculous,” said Erin Dunne, a senior member of the team who just graduated. “It wouldn’t be our team. It would be the administration’s team.”

At issue is what happened at an unofficial team event known as Freshmen Fun Night in March 2011. According to a lawyer for Paige Burns, a former player, the activities included the forced consumption of excessive amounts of alcohol and events of a sexual nature, including being blindfolded and having semen sprayed at them. Eight other players who were present, including two freshmen, denied many of these allegations, including those involving semen. The activities they described — like having an egg race — seemed more consistent with a grade-school party. They blamed the fact that Burns was cut before this past season as a reason she would make the allegations.

“The team told us multiple times that if you didn’t want to do any activity, you wouldn’t have to do it whatsoever,” said Hoffman, who was a freshman at the time.

Dunne said: “It was supposed to be fun team bonding. We made every single thing voluntary.”

Slade McLaughlin, the lawyer for Burns, said Burns felt uncomfortable and embarrassed by what she was asked to do, adding that Burns “has not a thing in this world to gain by making this up.”

The college’s investigation began when the Lancaster police received an anonymous tip of hazing during the previous year. Yet McLaughlin said a complaint about hazing was made to Paul four months earlier, in November. That was about a separate incident that concerned Burns’s parents.

“To say this is sour grapes after she was cut in February was simply outrageous,” McLaughlin said. “It would seem to me that she was cut in retaliation for complaining about hazing.”

Paul denied that Burns was cut for anything other than her performance on the field and said she did not consider the November complaint to be related to Freshmen Fun Night. A lawyer for Paul, John A. Gallagher, said he was preparing to file a lawsuit against Franklin & Marshall claiming defamation and sexual discrimination on behalf of Paul and her two assistants, who were also dismissed.

The college’s decision to fire Paul and suspend the players came after it said it heard multiple, consistent accounts of what happened at the event.

“We have seen some troubling defense of hazing activities that Franklin & Marshall decided to take action,” Cliatt said. “Unfortunately, there seems to be the perception that hazing should be O.K. up to the point of a serious tragedy, including the death of a student. We do not feel that an institution should wait for that type of tragedy to take place before taking action.”

In a statement, the college’s president, Daniel R. Porterfield, said that he was “satisfied that the college conducted a thorough and fair investigation, and I strongly support the decisions.”

The college acknowledged that the coaches had no direct involvement with Freshmen Fun Night, yet Paul was fired and the assistants Lidia Sanza and Caitlin Powderly were placed on administrative leave and eventually fired. No disciplinary action has been taken against Athletic Director Patty Epps or anyone else in the administration.

Some players are no longer enrolled at the college. The seniors lost their final year of lacrosse; the juniors remain in limbo; and the freshmen and sophomores do not know which direction the program will go. All of it leaves the Franklin & Marshall women’s lacrosse team in a precarious position.

“It’s a very big pride thing, and we love everything about the program and the school,” Sanza said. “That’s all been taken away, yet nothing’s come, no details have been released to us and the public. I still don’t know what happened.”

This article has been revised to reflect the following correction: