Hazing is Abuse – And it Needs to Stop

Previous Next
Hazing is Abuse – And it Needs to Stop

Hazing is abuse. It’s not fun; it’s not tradition. It is abusive, and it needs to stop. When Tim Piazza died last February as a part of a horrific hazing ritual on the Penn State campus, the University took some action. It suspended the fraternity, Beta Theta Pi, and then permanently banned that fraternity from operating at Penn State. The University also “locked-down” Greek-life activities for the remainder of the semester. In addition, Penn State made changes to how discipline would be approached and removed that aspect of campus governance from the hands of student-run organizations and into the hands of the University Administration. Many believe these steps did not go far enough. 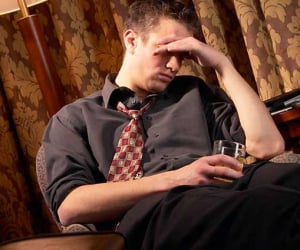 Some blame Vice President for Student Affairs, Damon Sims, for not doing more to stop the culture of abuse that existed on campus, especially in the context of Greek life. Sims had personal supervisory responsibilities over the University’s fraternities since 2008. Over the years since then, there have been both deaths and injuries. In 2009, Joseph Dado died in an alcohol-related fall, and two fraternities, Phi Gamma Delta and Alpha Tau Omega, were charged in the incident. In 2015, a secret Kappa Delta Rho Facebook page revealed multiple incidents of illicit pledging/hazing behavior, including forcing pledges to drink human excrement and waste.

There are also those who blame Penn State President, Eric Barron, for the widespread abuse on campus. The parents of Tim Piazza personally asked Barron15 separate times to meet with the Trustees so that the parents could determine what measures had been implemented since their son’s death to change the fraternity culture on campus. Penn State, however, just wanted all the negative publicity to go away. Its lack of response forced the Piazzas into the spotlight. As a result, they got out in front of the news cameras and sat with local reporters to demand change.

In December of 2017, a Grand Jury agreed with the Piazzas. A scathing 236-page Grand Jury Report blamed Penn State University for lack of oversight, shoddy record-keeping, and accepting a culture of underage drinking and hazing (and allowing this culture to flourish for years). This report was based on an extensive 10-month investigation into, not only Tim Piazza’s death, but also Greek life in general on campus.

This report came out just one month after new and additional charges were filed against 17 individuals linked to Beta Theta Pi. Since Tim Piazza’s death, numerous individuals have been criminally charged, and at least one has pled guilty.

How Does Penn State Define “Hazing”?

According to the Penn State Student Affairs Website, “hazing” is defined as “any action or situation that recklessly or intentionally endangers the mental or physical health or safety of a student or that willfully destroys or removes public or private property for the purpose of initiation or admission into, or affiliation with, or as a condition for continued membership in, any registered student organization.”

The University lists various types of hazing on its website, which include:

According to Pennsylvania law, anyone who causes or participates in hazing commits a misdemeanor of the third degree. Pennsylvania’s Hazing Law, 24 P.S. §5352 can be found here, and the 2016 Act 31 Amendment can be found here. A new law, “The Timothy J. Piazza Anti-Hazing Law” was introduced in March of 2018, has been passed by Committees in both the PA House and the PA Senate, and is awaiting a vote by the full Pennsylvania Legislature this Fall.

If you have been the victim of hazing, or your child has been the victim of a hazing incident, we can help. The hazing injury attorneys at McLaughlin & Lauricella, P.C., have more than 90 years of experience representing injured students and their families across Philadelphia, Berks, Bucks, Dauphin, Delaware, Lackawanna, Lehigh, Luzerne, Montgomery, and Northampton Counties. We are also proud to serve injured students and families throughout the State of New Jersey. Contact us today toll-free at 1-855-633-6251 or fill out our confidential contact form to learn more about your legal options.