Distracted Driving? Could a Pokemon Cause Your Car Accident?

Previous Next
Distracted Driving? Could a Pokemon Cause Your Car Accident?

Playing games is fun. Spending time on your smartphone is fun. Doing both of those things while driving may be fun, but is NOT safe. By now, most of us understand the dangers of using our cell phones while driving. Yet, that hasn’t stopped numerous drivers from playing “Pokemon Go” while on the road. This smartphone game was an instant hit when it was introduced, and thousands of people play Pokemon Go each and every day. Unfortunately, this popularity has led many to continue to play the game while driving, and that has caused an increase in car accidents. 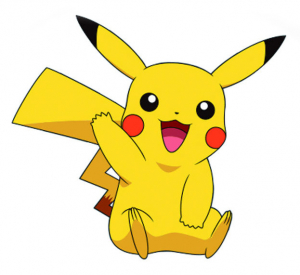 Pokemon Go was officially launched in July of 2016. Since then, it has been the world’s most popular game, with more than 15 million players. The game is based on catching, trading, and battling Pokemon that you catch in real time on your smartphone. Since its inception, the game has been responsible for getting generations of kids, teenagers, and young adults out walking in search of Pokemons or in order to hatch eggs. Getting outside more was a great benefit of the game – but it also has led to many people playing the game while driving.

In 2016, a study published in JAMA concluded that the game was unsafe and had caused numerous accidents involving both drivers and pedestrians who were too distracted to safely operate, or watch out for, motor vehicles. The authors looked at a sample of 4,000 messages on Twitter over a 10-day period and estimated that more than 113,993 incidents involving injuries or distracted driving had been caused by playing the game. 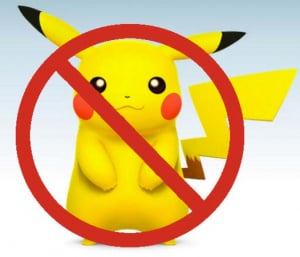 In 2017, a detailed look at accident reports showed that there was a 26.5% increase in accidents near “Pokestops.” This study from Purdue University looked at nearly 12,000 accident reports in Tippecanoe County, Indiana in the months before Pokemon Go was released and in the months that followed. This finding was statistically significant, and it added up to nearly $500,000 in vehicle damage, 31 injuries, and at least 2 deaths. If one extrapolates this county’s results across the country, authors speculate that playing Pokemon Go was responsible for more than 145,000 crashes, 29,000 injuries, and 250 additional deaths in the 5-month period after the game was introduced.

Pokemon Go’s developer, Niantic, is well aware of the distracted driving problem and of accidents involving pedestrians playing the game while walking. In August of 2016, the company added an update to the game that warned players in fast-moving vehicles that Pokemon Go should not be played while driving. They asked users to confirm that they were passengers in the vehicle before continuing. Then, in November of 2016, another update was added that made the game unplayable at certain speeds—even if the player was a passenger.

Playing Pokemon Go is not the only way a distracted driver can cause a car accident, but it is the newest way. This should serve as a reminder that, every single month, new distractions are being introduced into our world. From the latest on-board entertainment distractions to new game apps being developed, distractions are everywhere. As new distractions are introduced, it is our job as consumers to minimize or eliminate them when we are driving. Unfortunately, not all drivers are so conscientious.

If you or someone you love is injured in an accident involving a distracted driver, it is important to know that the law is on your side. Driving distracted is dangerous, and anyone who drives distracted and injures another person should be held accountable for such accident-causing carelessness. At McLaughlin & Lauricella, our experienced and skilled car accident attorneys will fight aggressively for your rights to maximize your compensation after an accident. We will investigate your accident, and the details surrounding it, and will negotiate forcefully and zealously with the insurance companies on your behalf.

The car accident attorneys at McLaughlin & Lauricella, P.C., have more than 100 years of experience, including representing injured accident victims and their families across Philadelphia, Berks, Bucks, Dauphin, Delaware, Lackawanna, Lehigh, Luzerne, Montgomery, and Northampton Counties. We are also proud to serve injured accident victims throughout the State of New Jersey. Contact us today toll-free at 1-855-633-6251 or fill out our confidential contact form to learn more about your legal options.