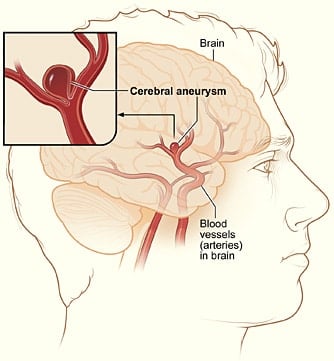 A Pennsylvania widower has accused a local Willow Grove medical facility and its doctors of medical malpractice which resulted in the death of his wife from a subarachnoid hemorrhage.

On August 28, 2016, Anne Springfield was admitted to the Emergency Department at Abington Memorial Hospital with generalized aches and fever. Doctors prescribed her several dosages of Heparin several days later. The order was written for Heparin 5000 units to be injected every 8 hours. The following day, Anne was found unresponsive and was admitted to the Neurology ICU after tests confirmed she had suffered a subarachnoid hemorrhage. She died 6 days later.

The lawsuit, filed on February 6th in the Philadelphia County Court of Common Pleas, was filed against Abington Medical Center, Abington Jefferson Health, Jefferson Health, Dr. William Ford, Dr. Jennifer Schwartz, Dr. Rachel Ramirez, and Abington Adult Medical Associates. The lawsuit alleges that the hospital confirmed that an “outdated laboratory value was inadvertently referenced in the process of adjusting the dose of intravenous heparin for Anne Springfield.” According to the lawsuit, her abnormal PTT values were dismissed as error, and this directly resulted in a serious bleeding complication and eventually death.

The plaintiffs allege that the defendants’ negligence directly led to the death of Anne Springfield and that there was a significant departure from accepted standards of medical care. The plaintiff is seeking a monetary award against the defendants, individually, jointly, and severally, for both compensatory and punitive damages.

Doctors and medical professionals have a duty to their patients to provide treatment that is in conformance with the accepted medical standard of care. This means that a reasonably competent and skilled health professional in that same specialty of practice would have provided the same or similar care to the patient. Any deviation from this standard of care is considered to be medical negligence.

A few scenarios that could be considered medical malpractice include:

The medical malpractice attorneys at McLaughlin & Lauricella, P.C., have more than 90 years of experience representing patients and their families across Philadelphia, Berks, Bucks, Dauphin, Delaware, Lackawanna, Lehigh, Luzerne, Montgomery, and Northampton Counties. We are also proud to serve injured patients throughout the State of New Jersey. Contact us today at 215-568-1510 (PA) or 856-380-3999 (NJ), or fill out our confidential contact form to learn more about your legal options.