Driver Insurance Rates Rise Due to Use of Smart Phones

Many believe the uptick in auto accidents can be traced to a single issue—the use of smartphones among drivers. State Farm Mutual Auto Insurance released a new study which found that more than a third of all drivers admitted to texting while driving, even though they were aware it was a dangerous habit. Twenty-nine percent admitted to browsing the web while driving, which is an alarming increase from past studies in previous years. 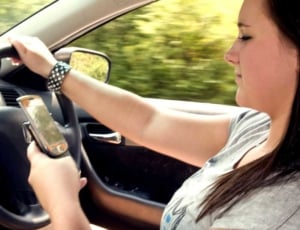 The scope of the correlation between smart phone use and higher incidences of auto accidents may be more far-reaching than we think, since many drivers who have been involved in an auto accident are loathe to admit they were texting or surfing the web—for liability issues as well as simply being embarrassed to have been doing something they knew was dangerous and which caused their car crash. Other issues may also be contributing to the increase in auto accidents, such as lower gas prices and some recovery in America’s economy. These two issues have resulted in more drivers on the roadways, which naturally translates into more auto accidents.

According to the National Highway Traffic Safety Administration, in 2015, the number of deadly roadway accidents rose 7.2 percent, while a report from the National Safety Council suggested a 6 percent rise in deadly road accidents. State Farm even noted that the number of drivers who took part in its study had increased significantly—from 52 percent in 2011 to more than 88 percent in 2015.

According to the Insurance Information Institute, auto insurance costs have risen significantly every single year since 2009. Despite the growing number of vehicles with anti-collision technology, the Wall Street Journal believes auto insurance costs will continue to rise. Last fall, a seventeen-year old Maine driver was responsible for a 10-vehicle pile-up when she drove through a red light, and according to police, the girl was so busy looking at her cellphone she did not even notice the red light. While no one died in that particular accident, cell phone use is an epidemic which is almost certainly killing Americans. 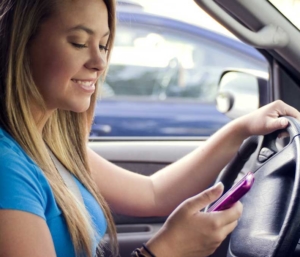 Insurance Companies Will Pass Insurance Increases on to Drivers

According to the Boston Globe, drivers can expect to pay at least 3-6 percent more for their auto insurance this year, on top of 6-9 percent increases in 2016. In North Carolina, drivers are looking at premium increases of 13.8 percent this year, and South Carolina residents can expect 8.9 percent increases in insurance premiums. Insurance companies say distracted driving is the primary reason for the rising rates, and cell phone use is the primary contributor to distracted driving. Insurers, as usual, will simply pass along any extra costs, to their customers, so essentially, those who use smart phones while driving are only hurting themselves.

Young drivers are disproportionately responsible for fatal road crashes due to distractions such as texting, looking at their Snapchat messages, posting to Instagram, or talking on the phone. Drivers between the ages of 16 and 24 are observed manipulating electronic devices at a much higher rate than older drivers, although older drivers are not blameless. In fact, many parents are guilty of the old “Do as I say, not as I do” mantra when it comes to their teen drivers, who watch their parents text and drive, then are told not to engage in those very same behaviors.

The NHTSA reports that a minimum of 10 percent of drivers between the ages of 15 and 19 who were involved in fatal crashes were distracted, whether from an electronic device, the radio, young passengers in the car, eating, fiddling with the navigation system, singing, grooming, or simply daydreaming. Obviously, if all drivers paid attention to their driving rather than their electronic devices, the number of accidents would decrease—along with insurance rates.

If you or someone you love has been injured in a car accident, the experienced Pennsylvania car accident lawyers at McLaughlin & Lauricella, P.C., can help. Our team of lawyers consists of some of the best attorneys in Pennsylvania and New Jersey, and we will fight aggressively for you throughout the legal process.

The car accident attorneys at McLaughlin & Lauricella, P.C., have more than 90 years of experience representing injured accident victims and their families across Philadelphia, Berks, Bucks, Dauphin, Delaware, Lackawanna, Lehigh, Luzerne, Montgomery, and Northampton Counties. We are also proud to serve injured accident victims throughout the State of New Jersey. Contact us today at 215-568-1510 (PA) or 856-380-3999 (NJ), or fill out our confidential contact form to learn more about your legal options.