Previous Next
Medical Errors Third Leading Cause of Death

Most of us have heard stories which give us nightmares—stories of nurses giving a drug to one patient that was meant for another, stories of the wrong body part being amputated during a surgical procedure, stories of “on call” doctors being “AWOL” when they are needed in an emergency, and many other similar tales like this which make us leery of being admitted to a hospital. Unfortunately, these stories are fact-based. An analysis recently published in the peer-reviewed medical journal concluded that medical errors in hospitals, as well as other healthcare facilities, are quite common. In fact, the study found that medical errors may now be the third leading cause of death in the United States, with more than 251,000 people dying each year as a result of a medical error. That number translates into more lives claimed by medical errors than from strokes, accidents, Alzheimer’s and respiratory disease.

Professor of Surgery at Johns Hopkins, Martin Makary, was the author of this latest research article, and believes that everything from “bad doctors” to communication breakdowns from one department to another are responsible for the increase in medical errors. As far back as 1999, the Institute of Medicine called preventable medical errors an “epidemic” – an issue which led to a significant amount of debate regarding what could be done to reduce the number of preventable errors. Yet sixteen years ago the number of preventable medical errors which resulted in the death of a patient was estimated to be 98,000, and now it is more than twice that number. 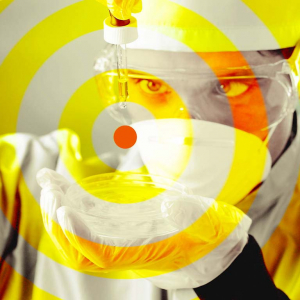 The number Makary determined – 251,000 deaths annually from preventable medical errors – equals nearly 700 deaths per day, and almost 10 percent of all deaths in the U.S. annually. Heart disease and cancer were the only causes of death in the United States which edged out preventable medical errors. The Centers for Disease Control and Prevention does not require reporting of medical errors in the data it collects regarding patient deaths; therefore, it can be difficult to discern what is occurring at the national level. Makary believes reporting requirements should be updated to reflect errors which lead to a preventable death, saying “We all know how common it is … We also know how infrequently it’s openly discussed.” The takeaway from this latest study is that we must hold hospitals and medical professionals accountable for reporting medical errors, and for taking steps to reduce those errors.

Thousands of Doctors Across the U.S. on Medical Probation

Perhaps just as alarming, according to Consumer Reports, is that there are thousands of physicians who are currently practicing, who also happen to be on medical probation. That probation could be a result of abusing drugs, sexual misconduct with a patient, and/or making careless and potentially deadly mistakes while treating patients. Scores of still-working physicians are currently on probation from disciplinary actions by State Medical Boards for a litany of issues patients would certainly want to know about. In fact, in one survey, a full 66 percent of patients believed that doctors who were currently being disciplined by their State Medical Boards should not see patients until their probationary period is up, while 82 percent believe doctors should be required to tell patients if they are on probation and why.

Little Information Available to Patients About Their Doctors

Patients across the United States are actually able to find out more about the $20 toaster they just bought than about their own doctors, and until the veil of secrecy is raised from the medical profession, that dismal situation won’t change. Further, it appears that mistakes made by doctors are largely made by the same ones—over and over again. Despite the fact that malpractice suits are considered an inexact measurement of substandard care, research shows that less than 2 percent of our nation’s doctors have been responsible for 50 percent of the total payouts from the time the government began collecting data on malpractice cases. Unfortunately, patients really have no way of determining which hospitals and doctors are responsible for preventable medical errors. If, however, you are the victim of a preventable medical error, it is extremely important that you speak to an experienced personal injury attorney at your earliest opportunity.

If someone you love has died because of a medical error or medical negligence, the medical malpractice attorneys at McLaughlin & Lauricella, P.C., can help. Our team of lawyers consists of some of the best medical malpractice attorneys in Pennsylvania and New Jersey, and we will fight aggressively for you and your family throughout the legal process.

The medical malpractice attorneys at McLaughlin & Lauricella, P.C., have more than 100 years of experience representing patients and their families across Philadelphia, Berks, Bucks, Dauphin, Delaware, Lackawanna, Lehigh, Luzerne, Montgomery, and Northampton Counties. We are also proud to serve injured patients throughout the State of New Jersey. Contact us today at 215-568-1510 or fill out our confidential contact form to learn more about your legal options.