Previous Next
Leadership in Law – Slade H. McLaughlin Recognized by Marquis Who’s Who

— Slade H. McLaughlin, Esq. has been included in Marquis Who’s Who. As in all Marquis Who’s Who biographical volumes, individuals profiled are selected on the basis of current reference value. Factors such as position, noteworthy accomplishments, visibility, and prominence in a field are all taken into account during the selection process. 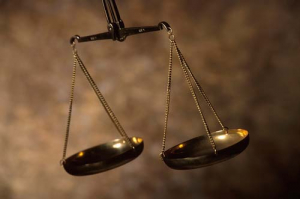 Mr. McLaughlin is the Chief Executive Officer of McLaughlin and Lauricella, with a laser focus on representing clients in personal injury matters. He looks at cases personally and decides how the firm is to move forward, and has handled several catastrophic personal injury cases involving issues such as medical malpractice, sexual abuse, products liability, death, paralysis, blindness, amputation, severe burns, birth injuries, and brain damage. In February of 2003, Mr. McLaughlin served as trial counsel in the first World Trade Center lawsuit alleging that the Republic of Iraq and Saddam Hussein conspired with Osama bin Laden and al Qaeda in carrying out the September 11, 2001 terror attacks on The World Trade Center. That lawsuit resulted in a $104 million judgment.

A graduate of Ursinus College, Mr. McLaughlin earned a BA in Political Science in 1979 and entered the Villanova University School of Law to earn a JD in 1982. He went on to obtain a Mediation Certification from Harvard Law School in 2004. Enjoying his work in the field of law, he achieves success through hard work. He was ultimately admitted to practice in New York, New Jersey, the District of Columbia, and Pennsylvania, and is now a Certified Civil Trial Attorney with the National Board of Trial Advocacy. Mr. McLaughlin initially worked as an attorney at Griffith and Burr, PC, and joined James Beasley, Sr. at the Beasley Law Firm from 1994 to 2011. He is a founding shareholder of McLaughlin and Lauricella, which opened its doors in 2011.

Among numerous notable cases, Mr. McLaughlin recalls vividly his work in winning a $20 million verdict for a college student who died at the hands of a plastic surgeon. That verdict included a $15 million punitive damage component, which, to date, stands as the highest award in a medical malpractice case in the Commonwealth of Pennsylvania.

Mr. McLaughlin is a member of numerous legal organizations, including the American Board of Trial Advocates, the National Crime Victim Bar Association., and The American College of Legal Medicine. He is a Fellow of the Litigation Counsel of America, an invited member of the College of Master Advocates and Barristers, and was appointed by the Pennsylvania Association for Justice to membership on the Medical Malpractice Legislative Committee.

Mr. McLaughlin received a similar appointment to the Oversight Committee for PAJ’s statewide Medical Malpractice List Service. He is a recognized member of the Mensa Society, an AV-rated lawyer with Martindale-Hubbell, and a consistently appearing name in the Super Lawyer listings of Philadelphia Magazine and Best Lawyers in America.

In his spare time, Mr. McLaughlin enjoys riding his Harley Davidson motorcycle, running the New York Marathon, skydiving, scuba diving, and bungee cord jumping. He has participated in the “Running of the Bulls” and has climbed to the Base Camp at Mount Everest.

Marquis Who’s Who – Most Accomplished Individuals and Innovators