Third Circuit Judges Pepper Counsel with Questions in “Voice of God” Case It was hot in Philadelphia on Friday, but it was even hotter inside the federal courthouse as the 3rd Circuit held oral arguments in Facenda v. NFL Films. 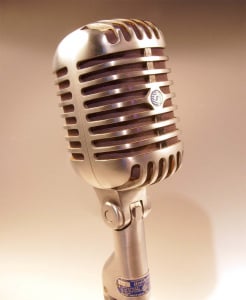 That particular court’s judges are known for asking lots of questions in oral argument — and the Facenda argument was especially hot. The NFL’s lawyer had barely finished saying his name when Judge Thomas L. Ambro interrupted. In football lingo, it was as if a flag was in the air before the ball had even been snapped.

It was hot outside in Philadelphia on Friday, but it was even hotter inside on the 19th floor of the federal courthouse as the 3rd U.S. Circuit Court of Appeals held oral arguments in Facenda v. NFL Films.

The 3rd Circuit has long been known as a “hot” court — meaning that the judges often ask lots of questions in oral argument — but the Facenda argument was especially hot. The NFL’s lawyer, Bruce P. Keller of Debevoise & Plimpton, had barely finished saying his name when 3rd Circuit Judge Thomas L. Ambro interrupted to pose a question.

In football lingo, it was as if a flag was in the air before the ball had even been snapped. “Before we get to any of the merits,” Ambro asked, “how is it that summary judgment was proper in this case?”

By the time the hour-long argument was done, it was clear that all three judges on the panel shared that sentiment and seemed intent on remanding the case for a jury trial. In the suit, the estate of legendary sports announcer John Facenda claims that NFL Films improperly used Facenda’s distinctive voice in a promotional film for a John Madden video game.

Titled “The Making of Madden,” the program aired on the NFL Network nine times in the days leading up to the August 2006 release of the popular Madden game. The game was not directly offered for sale during the program.

The estate of Facenda, who was known in football circles as the “Voice of God”, scored a major victory in the lower court when a federal magistrate judge granted summary judgment in the estate’s favor on two claims — a federal Lanham Act claim of “false endorsement” and a Pennsylvania state law claim of “unauthorized use of name or likeness.”

U.S. Magistrate Judge Jacob P. Hart rejected the NFL Films’ argument that Facenda’s suit failed due to a release he signed in 1984. Instead, Hart found that the release Facenda signed included a clause that barred NFL Films from using Facenda’s voice in any way that would constitute the “endorsement’ of a product or service.

Hart said the case hinged on whether the film, titled “The Making of Madden,” was a documentary, as NFL Films claimed, or a promotional tool for the video game “Madden NFL 06.” After viewing the film, Hart concluded that it was not a documentary because it “lacks the journalistic independence typical of the maker of a documentary” and because NFL Films had a “direct financial interest” in the success of the video game.

At that point, the only issue that remained was calculating Facenda’s damages. But Hart later agreed to certify the case for an interlocutory appeal, saying he agreed with NFL Films that his rulings hinged on controlling questions of law for which “there is substantial ground for difference of opinion.”

NFL Films was aiming in the appeal to win a complete reversal and emerge with a ruling that granted summary judgment in its favor, ending the case. Facenda’s lawyer, Paul A. Lauricella of The Beasley Firm, was intent on winning a complete affirmance of Hart’s ruling, paving the way to a hearing on damages. But early on in Friday’s oral arguments, it became clear that the judges weren’t going to give either side what they wanted.

Ambro, in his opening question, told Keller “it would seem that there are material issues of facts just among other things as whether there is confusion.” Keller disagreed, saying he believed the case hinged on purely legal questions and that NFL Films was entitled to judgment in its favor because Facenda never mustered any evidence that the use of his voice for 13 seconds in a 22-minute film would be perceived as an endorsement of the video game. Without such evidence, Keller argued, the plaintiff was simply unable to show a likelihood of confusion.

Ambro asked whether the film was a “commercial, infomercial or documercial?” Keller said he considered the film “mixed speech” because it included both commercial elements and factual information.

But Ambro said he had viewed the film the night before the argument and said: “I gotta tell you, it looked to me like it was hawking a product.” Senior 3rd Circuit Judge Robert E. Cowen said he, too, had watched the film and thought it was a “close question.” Cowen then asked: “If it’s a close question, why isn’t it a question for the jury?”

Ambro said the evidence — including internal e-mails and memos from NFL Films — showed that the company considered the film a “promo.” But Keller insisted that the issue was not one that should be sent to a jury because the case law clearly shows that the issue of confusion is a threshold legal question that must first be decided by the courts, and that, despite the factual disputes in the case, the court should hold that Facenda couldn’t clear the first hurdle. Keller seemed to get a better reception from the judges when he argued that Hart had erred by failing to address whether the suit should be dismissed on First Amendment grounds because the film is more than a commercial.

3rd Circuit Judge Michael A. Chagares asked if the First Amendment issue was a “threshold question” that the court must address first before tackling the intellectual property issues. Keller said that it was, and that a proper First Amendment analysis would end the case because a finding that the film had noncommercial, artistic or information elements would bar any Lanham Act claim.

When Lauricella stepped to the lectern, he faced a similar barrage of questions on the same theme: Shouldn’t the case be sent to a jury to sort out the myriad factual disputes? Lauricella argued that NFL Films’ central argument was premised on a faulty reading of the Lanham Act that would effectively require a plaintiff to show actual confusion when the statute calls only for proof of a likelihood of confusion.

But Cowen wondered why the lower court had failed to recognize that the central issue in the case — whether viewers would be confused on the issue of whether Facenda was endorsing the product — was a disputed one that should be submitted to a jury.

“What is so no-question-about-it that, as a legal matter, we don’t have to discuss it?” Cowen asked. Lauricella said Hart’s ruling was premised on his findings that the film was clearly a commercial and that “people don’t attach their voices to products that they don’t endorse.” Facenda’s voice was used, Lauricella said, because NFL Films wanted to add an air of “authenticity” to the film in order to convey the idea that the video game itself was authentic.

Cowen disagreed, saying there were numerous other voices used in the film and said, “It’s just not that pure and simple.”

But Lauricella insisted that Facenda’s voice was used in the film’s opening sequence, a decision that he said was “akin to putting it in the headline,” and that every other voice in the film was “speaking glowingly about this product.” And while the viewers were never told, Lauricella said, all of the other speakers had a financial interest in the commercial success of the video game. Ambro again asked whether the film was a “commercial” or a “documercial,” noting that one of Lauricella’s experts had used the latter term.

Lauricella said his expert used the term documercial to mean “a commercial that mimics the features of a documentary.” “There’s no question that this is an advertisement,” Lauricella said. Cowen disagreed, saying “that is the question,” and asked if Facenda’s Lanham Act claim would fail if NFL Films were able to show that the film also had “some overriding artistic” elements in addition to its commercial purpose.

“Every advertisement has an artistic component to it,” Lauricella said. Ambro returned to the main theme of the argument, saying: “Obviously the issue all three of us are having is it seems that there are material issues of fact that are not appropriate for summary judgment.”

Lauricella pressed on, saying Hart’s factual finding that the film was nothing more than a commercial was a sound decision and that Hart had concluded that Facenda would be perceived as endorsing the product on the basis of evidence that NFL Films chose Facenda’s voice to add authenticity to the film.