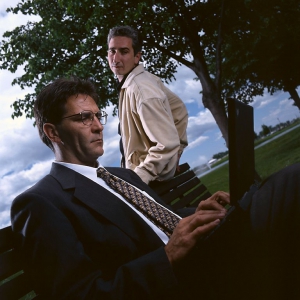 However, the whistleblower will need more than a mere hunch, or vague generalizations of fraud, s/he should have evidence of the fraud, and should hire a lawyer to help prosecute the case.

Typically, whistleblowers and their attorneys will file a lawsuit with the Court that is not made available to the public. In the beginning, only the plaintiff and the government know about the lawsuit so that the government can investigate the fraud the whistleblower has uncovered. The Court will decide when to let the defendant(s) know about the qui tam lawsuit and to then make the lawsuit public.

Unlike a personal injury lawsuit, a whistleblower may not have been directly injured by the fraud. A whistleblower brings a suit when there is a consumer injury. In order to encourage these brave people to “blow the whistle,” risk their professional livelihoods, and expose a person or company who is stealing from the government, the whistleblower is often entitled to recover a sizeable amount of money.

The amount of money available in a qui tam lawsuit can be very significant depending on the size of the fraud that is uncovered. The person or company that is defrauding the government may be on the hook for three times the amount of money that has been stolen from the government. The whistleblower usually receives a “reward” for bringing the fraud to light. S/he is entitled to receive a percentage of the money that is recovered in the lawsuit.

Jeffrey Wigand: Blowing the whistle on the Tobacco Industry

Robert Ferro was a scientist who told the government about faulty intelligence gathering components placed in satellites and sold to the US military. According to Ferro, Northrup Grumman hired Ferro’s employer to conduct independent research of its intelligence gathering components. Ferro’s research showed that the components would fail when placed in satellites. The contractor, however, forced the scientist to bury the results of his research pursuant to a confidentiality agreement. When the contractor sold its technology to the US military, Ferro came forward and told the government about the results of his research in contravention of his confidentiality agreement. The defense contractor paid $325 million to settle the case. Ferro was awarded $48.7 million for coming forward.

Selecting the right lawyer is an important first step in any lawsuit, but it can be particularly critical in a whistleblower lawsuit. Generally speaking, the target defendant in a whistleblower case will have a lot to lose, financially or politically. There is no reason to suspect that the defendant will go down without a fight.

Internal documents, memoranda, research studies, and/or communications showing the defendant’s knowledge of the fraud is crucial to the success of any qui tam lawsuit. That evidence will be the building block of the underlying case strategy. As with any lawsuit filed against an institutional defendant, the most important part of the investigation is knowing where to look.