This article was planned with a different focus. The Citi Private Bank study discussed in a recent Philadelphia Business Journal gave statistical proof to what has been apparent about the local job market and provoked this investigation into what might be happening in a specific practice area. 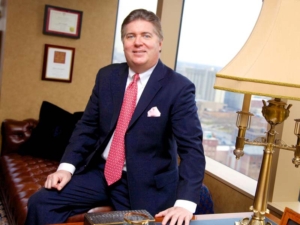 A $55 million Win was Pennsylvania’s Largest Medical Malpractice Verdict in 2013, and the Second Largest in the United States That Year

Slade H. McLaughlin, name partner at McLaughlin & Lauricella, is known as one of the most tenacious and successful trial lawyers in Pennsylvania and New Jersey, focusing his practice on the needs of clients catastrophically injured as a result of accidents, substandard medical care, or sexual abuse. His $20.5 million medical malpractice verdict (with a $15 punitive award) in 2010 remains the highest punitive verdict ever awarded in a Pennsylvania medical malpractice case. A $55 million win was the state’s largest medical malpractice verdict in 2013, and the second largest in the United States that year. Before working with Jim Beasley, Sr., McLaughlin began his legal career with one of Philadelphia’s best known defense firms, so he has practiced extensively on both sides of the aisle.

As a new attorney, McLaughlin tried every case he could. He did not yet have a reputation, so found opposing counsel less willing to settle. As his reputation for intelligent case selection, dogged preparation, and shrewd trial tactics grew, the opposition became increasingly more willing to discuss settlement options. McLaughlin never accepts a case that he is unwilling to take to trial. Lining up the best experts available, getting their opinions in writing, investing in the necessary state of the art technology required, and meticulously preparing everything he will need for trial, McLaughlin seldom reaches the Courthouse steps without having made a six figure investment in case costs and expenses.

Changes in the Economics of Practice Have Forced Re-thinking of Trial Costs. 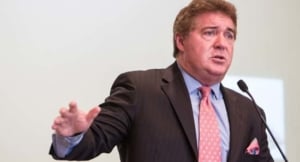 But it is not just McLaughlin’s skills that lead to more settlement offers. Changes in the economics of practice have forced re-thinking trial costs. Verdict awards continue to rise for several reasons. There are few things for which costs decrease, and medical and care costs are among the highest rising service rates, so provision of care continues to be increasingly expensive. And, as medical advances save or prolong the lives of many of even the most catastrophically injured, projected time periods for care have stretched from years to decades. For instance, a case involving a brain-damaged child for whom an average award might have been $2-3 million just a decade ago, today might be $5-7 million just to assure the same level of care over a potentially longer time period.

Technology Innovations that have Brought Significant Changes to the Medical Malpractice World.

McLaughlin also discussed a variety of technology innovations that have brought significant changes to the medical malpractice world. There are more cases generated by robotic surgeries, where the lengthy learning curve has created cases against physicians and hospitals inexperienced with the new technology. He made the comparison to hiring a limousine driver who had just become a licensed driver.

On the trial side – no more foam-core display boards. An effective trial presentation now involves advanced technology, and courtroom presentation professionals charge $1,500/day or more. A projected computer medical record is much easier for judge and jury to read than poorly reproduced paper documents. Videos, screens, projectors, and all the other equipment must function smoothly and professionally.

McLaughlin also sees the pursuit and use of electronic medical record audit trails as one of the most significant changes in medical malpractice litigation. In the days of paper hospital records, it was relatively easy to misread handwritten notes, or for paperwork to appear or disappear. Now, everything is recorded electronically in all major hospitals and in most larger medical facilities, and it is far easier to establish timelines to understand case progression. Every person involved in a case now appears on the same electronic record, with timing for all entries and changes to the record. Facts are better understood, and it is still compelling fact-driven scenarios that win cases.

So, Citi probably was right. Costs of trials continue to rise. Awards rise. Attorneys are more willing to settle. Medical malpractice experts explain to us why.