A Philadelphia jury took 26 minutes to decide to award $3.5 million to a Yardley man and his wife in a case that involved an allegedly delayed diagnosis of bone cancer near his left knee. 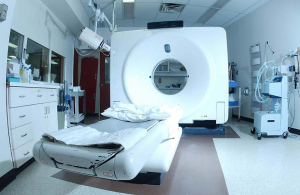 According to Tindall’s attorney, Slade McLaughlin of McLaughlin & Lauricella, P.C., the jury awarded Tindall $2.5 million and his wife, Silvia, $1 million for loss of consortium.  Both Friedmann and Schweitzer were found 50 percent negligent in the case, with Schweitzer deemed to have been acting as an ostensible agent of Jefferson Imaging when he interpreted Tindall’s MRIs, McLaughlin said.

According to court papers, Tindall consulted Friedmann in April 1997 after hurting his left knee in a fall while working in his yard.  An X-Ray showed no fracture, but did show a bone mass on Tindall’s left femur, and an MRI was recommended.

Tindall underwent an MRI at Jefferson Imaging, and the results were examined by Schweitzer, according to court papers.  Schweitzer concluded that the MRI results were consistent with trauma from injury and did not raise the possibility of a cancerous growth in his report.

Over the next two years, court papers state, Tindall sought treatment with Friedmann for a variety of ailments, but his complaints about pain in his left knee increased over time.  He was referred to an orthopedic surgeon, who found that the bone mass had increased in size.

By August 1999, according to court papers, Tindall was diagnosed with a bone tumor.  His left knee was subsequently replaced, and he underwent chemotherapy.  He has been cancer-free for approximately five years.

McLaughlin said that the trial lasted eight days, with the 12-member jury returning its unanimous verdict after just under a half-hour of deliberations mid-day Wednesday.  The case was tried before Philadelphia Common Pleas Judge Alfred J. DiBona Jr.

In a response to Tindall’s claims of malpractice, the physician defendants claimed in their pretrial memoranda that they had acted appropriately in treating Tindall.

McLaughlin said that he viewed as potentially “devastating” testimony given by Tindall’s treating orthopedic oncologist that Tindall had only a 1 percent chance of recurrence.

Tindall had also claimed that his chemotherapy treatments resulted in sterility, according to court papers, but the defendants countered that Tindall had exhibited a low sperm count prior to being treated for this tumor.

McLaughlin said that Silvia Tindall was able to be impregnated using sperm banked by Tindall prior to his chemotherapy and that the couple is expecting the birth of their first child later this week.

Tindall initially made a demand of $3 million, according to McLaughlin, but at a settlement conference a week before trial, Philadelphia Common Pleas Civil Division Supervising Judge William Manfredi recommended $400,000 as a settlement figure, an offer McLaughlin said his clients were prepared to accept.  However, McLaughlin said, the combined defense offer totaled $150,000.

In addition, McLaughlin said, Schweitzer made an agreement with Tindall to pay him $400,000 after the case, no matter what the jury’s verdict, in exchange for an assurance that his personal assets would not be targeted.  Schweitzer’s portion of the damages, McLaughlin said, will include that $400,000.

McLaughlin said that he was nervous when the jury returned from deliberations after such a short amount of time.

“When the jury’s out for less than an hour, it’s usually a defense verdict,” McLaughlin said.

Friedmann was represented by Paul Betchel Jr. of Marshall Dennehey Warner Coleman & Goggin in Philadelphia.  Bechtel said that he found it “surprising” that the jury deliberated for just 26 minutes after a trial that lasted roughly one week.

“We intend to file post-trial motions for relief,” Bechtel said.

Jefferson Imaging’s attorney, Charles Roessing of White & Williams in Paoli, said that his client would also be seeking post-trial relief.  Schweitzer’s attorney was Alan Focht of O’Brien & Ryan in Plymouth Meeting.  He did not immediately respond to calls seeking comment.

The Legal Intelligencer – May 7, 2004
By Asher Hawkins