A 35-year old man who lost his sight after a trio of Bucks County doctors failed to treat a spinal fluid condition with surgery was awarded $5 million from a Philadelphia Common Pleas jury yesterday.

But Alburnie Wright of Morrisville will recover only $3.5 million due to a cap agreement with the state Medical Professional Liability Catastrophe Loss Fund reached before the two-day trial began Monday. 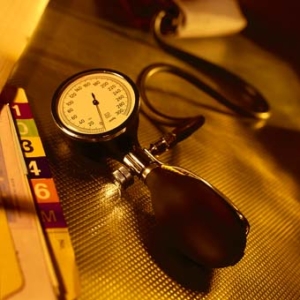 The case stems from Wright’s treatment in 1994 for a high spinal fluid condition called pseudo-tumor cerebri, which causes swelling of the brain and pressure on the optic nerves and can result in blindness if not treated properly.

According to the plaintiff’s attorney, Slade McLaughlin of McLaughlin & Lauricella,  a neurologist named Sandra DeAntonio had diagnosed his condition after he sought medical assistance due to headaches and vision problems.  She quickly referred him to two local ophthalmologists, David Pao and Robert Fitzgerald.

While a proper diagnosis was made and treatment in the form of testing and medication was offered, McLaughlin said none of the trio of doctors had combated the condition with the proper response: surgery.  By the time Wright sought a second opinion at Wills Eye Hospital in Philadelphia, it was already too late to save his sight.

“They basically told him they wished they had seen him a few months earlier because they could have helped him,” McLaughlin said.  “But because they [the Bucks County Doctors] had failed to properly treat the condition, his blindness became irreversible.  There was just too much damage to the optic nerves.”

McLaughlin filed suit on behalf of Wright against the three doctors in May 1996, seeking damages for lost wages, future potential earnings, future medical bills, support needs, pain and suffering, humiliation and embarrassment, and loss of life’s pleasures.  He said he reached a high-low agreement with the CAT Fund two weeks before trial that ranged between $1.5 million and $3.5 million while the defense admitted liability and the plaintiff agreed to waive delay damages.

The CAT fund offered to settle the case for $2.5 million, but McLaughlin said that after conferring with his client, he thought he could secure a higher figure and decided to proceed to trial in front of Common Pleas Judge Alfred DiBono.

“The CAT fund said I was crazy to turn it down but I just thought we deserved more and could get it,” McLaughlin said.  “Mr. Wright was a very compelling plaintiff.  He’s a young guy, married with a number [five] of children he has to support, and he’s really a likeable man who was going places.  His wife also has her share of medical problems, so if something happens to her, who’s going to care for Mr. Wright and those children?”

Wright, according to McLaughlin, was a former medical technician who was preparing to enter the Philadelphia Firefighters Academy after receiving a perfect score on an entrance exam.  Because of his condition, he now gets by with the use of a cane and other support equipment such as a talking watch and talking computer.

The case proceeded to trial Monday, with McLaughlin calling Wright, his wife, a life planner, an economist, and a vocational expert to the stand.  The economist and life planner estimated that Wright would need between roughly $2 million and $4 million in special damages to make up for the hard economic losses he will endure because of his blindness.

“The crux of our case was that this guy was living a normal life and could have been a productive member of society, but now he’s almost totally dependent on others,” McLaughlin said.

Goldfein, who represents DeAntonio, said he argued that while his client admitted liability, the damage figures presented by plaintiff experts were too high.  Sell said the case was more interesting because of the high-low agreement reached between the attorneys and the CAT fund than for any of the testimony and the verdict.

“In my 14 years of practicing law, I’ve never seen anything like it,” Sell said.  “It was really a win-win situation for everyone in a way.  He (McLaughlin) protected the interests of his client and the CAT Fund was assured that he would not walk away with an outrageous sum.”

Sell said neither defense attorney called a witness to the stand, choosing instead to rely on their cross examinations of plaintiff experts.

According to Goldfein, during post-trial interviews, jurors indicated to him that had the three defendants not admitted liability, the verdict could have been much higher in Wright’s favor.

The case was handed over to the jury late Tuesday afternoon and the panel returned with its verdict the following morning.