Defendants in This Case: Bin Laden and Associates

Previous Next
Defendants in This Case: Bin Laden and Associates

When America went to war with Osama bin Laden and the Taliban last year, heavy-hitting Philadelphia personal-injury lawyers, James E. Beasley, Sr. and Slade H. McLaughlin, did too: They sued them for wrongful death and racketeering. 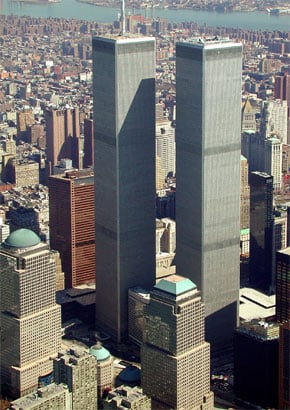 In a tack that almost no one else has taken, these high-powered lawyers, renowned for winning big verdicts in complex civil cases, filed suit in New York in November on behalf of two relatives of World Trade Center victims.

As the lawyers see it, millions of dollars in frozen assets of the terrorists should be used to compensate those who suffered from their crimes- namely, his clients.

The lawyers, in an interview last week, said the legal thrust is not a symbolic gesture.

“Absolutely not.  This is real,” Beasley said.  “This is as real as you can get as far as a lawsuit is concerned.”

Since 1999, the federal government has frozen more than $300 million in assets of the Taliban and Bin Laden-related terrorist organizations.

The Bush administration released $217 million in Taliban assets last week to the newly formed Afghan government to be used for its reconstruction.  Those assets were frozen in response to terrorist attacks on U.S. embassies in Kenya and Tanzania in 1999.

But additional assets worth $79.9 million belonging to the Taliban, Bin Laden and other groups and individuals identified as terrorists have been frozen since the September 11th attacks on the Trade Center and the Pentagon.  Of that money, a Treasury Department spokeswoman said, $34.2 million is held under U.S. control.  The balance is held in other nations.

The lawyers said that, despite thorny legal obstacles, they think they have a good chance of collecting some of the frozen money.

It has been done, but it isn’t easy.  A 1996 act of Congress permitted millions of dollars in frozen assets of Iran and Cuba to be released to victims of terrorism and families who had won court judgments.

In the case of these clients, winning a court judgment is the first step.  That could be a relatively simple exercise, compared with what comes afterward.

Collecting the money – whatever amount a jury might award– promises to be the hard part.  The President must agree to release frozen funds to pay a judgment.  If he refuses, an act of Congress may be necessary to mandate the release.

After the World Trade Center disaster, the lawyers were contacted for legal advice by relatives of two people killed in the attacks.

One client is a pregnant widow with several young children.  Her husband, a business analyst, was killed in the collapse of the North Tower as he stood on the roof awaiting rescue by helicopter.

The woman is identified in her lawsuit only as Jane Doe.  She feared possible reprisal if her name was made public.

The other client is Raymond Smith, brother of George Eric Smith, 38, a business analyst from West Chester who worked on the 97th floor of the South Tower.

The clients were presented with a series of options they could choose in pursuit of damages:

All of those alternatives presented potential problems – lengthy litigation or limited prospects for recovery or both.

But there was another option.

Raymond Smith and Jane Doe could go after bin Laden, his al-Qaeda network, and the Taliban.

“We choose to go the route of the Taliban,” said Beasley.  “They, first of all, should be made to answer.”

The lawyers knew of only one similar case, a John Doe lawsuit filed by a Washington organization called Judicial Watch.

The Association of Trial Lawyers of America has urged its 100,000 members not to sue the airline industry, but the organization has no objection to suits against Bin Laden and others responsible for the Sept. 11th attacks.

Smith said on Friday that he was partly motivated to sue by feelings of anger and patriotism.

“We just want to get justice for my brother,” he said. “And these are the people who we think are responsible.”

After filing the lawsuits in U.S. District Court in Manhattan, the next task for Beasley and his colleague, Slade McLaughlin, was to serve legal papers on the Taliban and Bin Laden.  If the defendants weren’t properly notified of the legal actions, the lawsuits could not proceed.

Earlier this month, Judge Harold Baer Jr., who is presiding over the cases, granted an unusual order allowing the lawyers to serve notice on bin Laden through newspaper and television ads in Afghanistan.  That process is under way.

Getting to the Taliban was a different story.

A lawyer was retained in Pakistan to serve legal papers on a representative of the Taliban at his residence in Islamabad.  That was done last month.  The papers were delivered– and, for good measure, nailed to the door.

If the defendants fail to answer the lawsuit- and they’re not expected to- McLaughlin and Beasley will seek a default judgment.

At that point, they can proceed to jury trial on the question of damages.

“Twenty five to fifty million dollars,” replied Beasley.  “That would not be a figure that any judge would find excessive.”
Punitive damages could be added, he said. “That,” he said, “would be enormous.”