A Palmer Township man who lost his legs after being run over by a bulldozer at the Chrin Bros. Sanitary Landfill has been awarded $16.25 million in a joint settlement, his lawyer said Tuesday. 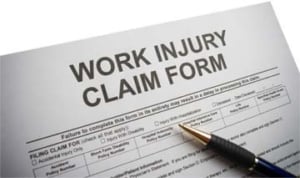 Scott Skirpan, now 50, claimed his co-workers at the Williams Township landfill stood by and watched May 1, 2006 when a bulldozer hit him while backing up.  Skirpan said he had to call 911 on a cell phone.

In April 2007, Skirpan sued Chrin Bros. and Caterpillar Inc., among others, in Philadelphia Common Pleas Court for damages stemming from the accident, which sent him to St. Luke’s Hospital-Fountain Hill in critical condition.

Chrin attorney Andrew Foster of the Philadelphia firm Drinker Biddle & Reath said in an e-mail that the case settled to the satisfaction of Skirpan and all of the defendants.

A representative for Illinois-based Caterpillar could not be reached for comment.

St. Luke’s honored Skirpan in 2007 at the hospital’s third annual “Night of Heroes” held for patients who survive traumatic injuries and the medical and emergency workers who save them.

Hospital crews resuscitated Skirpan after a loss of blood caused his heart to stop beating.  An emergency amputation was later performed.  Skirpan was released from St. Luke’s five weeks later.

A few months after the accident, Skirpan, using a wheelchair, completed a 5k event at the Northampton County 911 Center in Upper Nazareth Township, his wife, Carole, told The Morning Call in 2007.