Jury: $2.1 Million For Heart Attack Death of a Cop

Previous Next
Jury: $2.1 Million For Heart Attack Death of a Cop

A city jury Friday handed down a medical malpractice verdict in excess of $2.1 million in a case where a 34-year-old Philadelphia police officer died of a heart attack two days after being treated for chest pains. 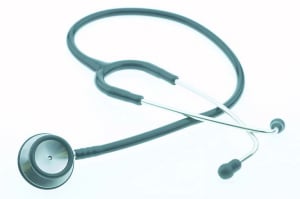 The jurors found that an osteopath who examined the cop failed to warn him to refrain from physical exertion, according to plaintiffs’ attorney Slade McLaughlin of McLaughlin & Lauricella.

The defendant doctor, named Roseanne Farber, said on the witness stand that she had given her patient an admonition to take off from work and not engage in strenuous physical activity.  But the jury chose not to believe that, and she could not refer to any notes in the patient’s file to indicate that she had so advised him.

The panel said the wrongful death and survival actions amounted to $2.5 million in damages, but that the plaintiff’s decedent, David Straub, was 15 percent contributorily negligent for playing softball after taking nitroglycerine to quiet chest pains felt while mowing his lawn earlier in the day. Farber was judged to be 85 percent negligent, and she is jointly and severally liable along with the Police and Fire Medical Association, which operated the medical clinic where Straub was treated by Farber.

Before the trial, Farber’s medical malpractice insurer tendered the $200,000 policy limit, but the state Medical Professional Liability Catastrophe Loss Fund was willing to place only $400,000 on the claim.  The total offer of $600,000 was rejected by McLaughlin, who said that Judge Arnold New in a settlement conference estimated liability at $1.2 million.

“The CAT fund is making offers that are woefully inadequate,” McLaughlin said, “in every case that I have coming to trial.” McLaughlin said he anticipates an appeal because of the size of the verdict.

Farber was represented by attorney Gary Brascetta of Naultry Scaricamazza & McDevitt.  Brascetta could not be reached for a comment Friday afternoon.  Brascetta presented the main defense case, according to McLaughlin.  Philadelphia lawyer Dennis George represented the Police and Fire Medical Association.

The case hinged on whether Farber advised the police officer to refrain from physical exertion after first treating him for chest pains. On the weekend that his newborn son was christened, McLaughlin said, Straub experienced chest pains while moving furniture.  When he went to the police officers’ and firefighters’ clinic, he received an electrocardiogram test.

Plaintiffs’ expert, a Pennsylvania Hospital cardiologist and internist named Norman Makous, said the EKG reading was abnormal, an opinion that was not shared by the defense expert, McLaughlin said.

Straub was given a prescription for nitroglycerin tablets to be used to treat future episodes of chest pains.

Two days later, when mowing the lawn, Straub again felt chest pains and took the tablets to quell them.  He felt well enough by evening to play softball with his buddies. When turning a double play at his third base position, Straub suffered a heart attack and died on the field, McLaughlin said.

Farber testified when called by McLaughlin as on cross examination that she advised her patient to take time away from work and to refrain from strenuous activity.

She said that admonition wasn’t reflected in the records because she would recite such an admonition as a matter of course and that such advice was usually not noted.

According to McLaughlin, the defense said that admonitions to stay away from work and physical exertion are “common advice given to new heart patients” and “not written down.”

McLaughlin pointed out that the medical director of the clinic, Dr. Richard Gash, upon hearing of Straub’s death, advised Farber to make more detailed memorandum reflecting the patient’s treatment.  That document, while reflecting Straub’s treatment in more laborious detail, also did not show that he was told to lay off physical exertion, McLaughlin said.

“The medical director anticipated that there would be a lawsuit and asked her to review the chart and write down, on a separate piece of paper, all that was done for [Straub],” McLaughlin said.  “It was very detailed, but it did not say ‘no work’ or ‘no exertion.’  That was the coupe de grace.” The note included Straub’s family history and social history, his chief complaints and minute aspects of treatment, according to McLaughlin. Farber also testified that the medical director and a Thomas Jefferson University Hospital cardiologist, Dr. Matthew Connolly, working as a fellow at the clinic said, after the fact, that Farber had treated Straub in a correct fashion.

But, McLaughlin said, neither Gash nor Connolly testified at trial, even though both had given depositions.

“When she blurted out, not in response to my question, that the medical director and cardiologist had said she did the right thing, I was able to ask the jury [in closing arguments] , ‘Where were they, folks? Wouldn’t that be powerful testimony?'”

The jury was out all of Thursday afternoon and Friday morning before handing down the verdict at 1 p.m. Friday, McLaughlin said.

McLaughlin presented testimony from Straub’s wife and his two oldest children, as well as medical expert testimony and economic expert testimony. “Mrs. Straub was a very compelling witness,” said McLaughlin of the former police officer’s wife, who has not remarried since her husband died and is raising two adolescents and a 7-year-old as a single mother.

Defense counsel, McLaughlin said, presented the treatment as appropriate and within the standard of care, asserting that the warning was given to Straub.