A recent AAA study has raised concerns regarding the technology most of us have in our cars. 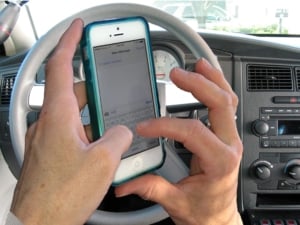 The research examined distraction levels among those drivers using devices that implement hands free or voice command features. Documented by the study is the level of distraction among drivers using voice commands, particularly when the system muddles the commands. One of the drivers who participated in a simulated situation became so distracted as she attempted to verbally update her Facebook page that she rear-ended another car.

Lest you think the problem lies solely in the drivers, the study found otherwise. Errors made by voice systems were shown to cause the largest number of problems. In particular, Apple’s Siri is prone to misinterpreting voice commands, causing the driver to become frustrated and distracted. In short, rather than paying attention to traffic lights, other drivers, and pedestrians, drivers may be focused on making the system understand them.

When the driver’s brain is focused on listening to answers, or making themselves understood, cognitive distraction is the result. This makes it virtually impossible for the driver to have a fast reaction to an animal crossing the road, a pedestrian, debris in the road, or the unexpected actions of other drivers. The study found that drivers using voice-controlled technologies had a much higher risk of a serious or fatal accidents than drivers who were not using distracting technologies–which is virtually all technology when used while driving.

How the Study Was Set Up

The research also ranked vehicle voice systems by levels of mistakes and distractions. Chevy GM’s MyLink system ranked the worst, while Toyota’s Entune system ranked the best. Six different automobiles were used in the AAA study: a Toyota, a Chevrolet, a Ford, a Chrysler, a Mercedes, and a Hyundai. One hundred sixty-two drivers were instructed to drive a course while completing a sequence of voice instructions. Some of the instructions were to change music, ask Siri a questions, or dial a phone. Heart rates of the drivers were measured and a device was attached to each driver’s head which measured how demanding the task was to the subject’s brain on a scale of one to five.

A five score meant the driver was unable to focus on driving at all due to the level of distraction. Talking to Siri scored a four, writing an e-mail via voice command scored a three and old-fashioned listening to the radio scored a one. The subjects were unfamiliar with the systems, which could be why Toyota’s system scored the highest as it is the simplest to use. If a driver had plenty of practice with a specific system, there would likely be much less distraction when using voice controls.

Siri is one of a myriad of hands-free options allowing drivers to use their cell phones while driving. Certain Android options also allow drivers to talk their way through a phone call, text a friend, or play a favorite song. While it would seem that all adult and teen drivers would be aware of the dangers of texting while driving, teenagers are at the highest risk of distracted driving due to texting and talking. Adults are not far behind, even though the crash risk associated with texting and driving is at least 23 times that of the driver without these distractions.

Although many states have passed laws which ban texting, a significant number of drivers simply ignore the laws. Police have difficulty stopping a person in heavy traffic who is texting or talking on their phone, and even greater difficulty proving the person was doing so. With all the news surrounding the dangers of texting and driving, it was assumed by many that hands-free devices would diminish that problem, yet there has been little evidence to back that up.

An earlier study from 2009 found unequivocally that talking on a phone, whether hands-free or not, has an adverse effect on the performance of the driver. Further, those who routinely talk on hands-free devices consistently drive at faster speeds than those using hand-held devices. A 2012 paper by the National Safety Council placed the risk of driving while talking on a cell phone–handheld and hands-free–increased injury risks by four times.

Our Experienced Pennsylvania & New Jersey Motor Vehicle, Truck, and Motorcycle Accident Lawyers Will Work for You

If you or someone you love has been injured in a car accident, the experienced Pennsylvania car accident lawyers at McLaughlin & Lauricella, P.C., can help. Our team of lawyers consists of some of the best attorneys in Pennsylvania and New Jersey, and we will fight aggressively for you throughout the legal process.

The car accident attorneys at McLaughlin & Lauricella, P.C., have decades of experience representing injured accident victims and their families across Philadelphia, Berks, Bucks, Dauphin, Delaware, Lackawanna, Lehigh, Luzerne, Montgomery, and Northampton counties. We are also proud to serve injured accident victims throughout the State of New Jersey. Contact us today at 215-568-1510 or fill out our confidential contact form to learn more about your legal options.