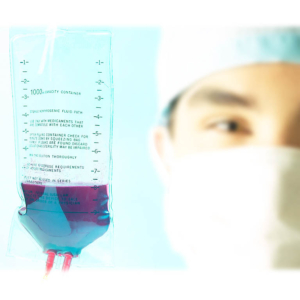 When a physician fails to properly diagnose cancer, the results can be catastrophic.  Just as an early diagnosis of cancer carries with it an increase in a patient’s chances of survival, a late diagnosis can carry with it a decreased chance of survival.

1. The Lump In the Breast

a. In this scenario, a woman presents to her doctor with a complaint of a newly discovered lump in her breast.  The physician tells the patient that it is nothing to worry about.  When the lump persists, the doctor fails to refer the patient to a breast surgeon for an aspiration or biopsy.  Six months later, the patient goes to another physician who orders the appropriate tests, and diagnoses cancer.  By this time, her cancer is Stage III; had it been diagnosed earlier, it would have only been a Stage I or a Stage II.  This woman may have a right to recover damages in a malpractice action.

b. In this scenario, a woman goes for her annual mammogram and is told that it was completely normal.  When she goes for her follow-up exam a year later, she is told that she has cancer, and that the earlier films also showed cancer.  In fact, the cancer is so obvious on the earlier film, it should have been diagnosed at that time.  By the time of the actual diagnosis, her cancer is Stage III.  Had it been diagnosed earlier, it would have been Stage I.  This woman may have a right to recover damages in a malpractice action.

c.  In this scenario, a woman presents to her doctor with a lump.  She goes for a mammogram, but the films are incorrectly interpreted as normal.  Two weeks later, another radiologist looks at the films, and diagnoses cancer.  The patient is Stage II by the time of diagnosis, and would have been Stage II even if the first study had been properly interpreted.  This woman likely does not have a right to recover damages.

a.     In this scenario, a 50 year old patient goes to his GI doctor because of blood in his bowel movements.  The doctor fails to perform a colonoscopy, and the patient goes another year before he is diagnosed with colon cancer.  Had the tumor been timely diagnosed, the cancer would have been smaller and curable.  Now, the patient is Stage IV and has no chance of survival.  This patient may have a right to recover damages.

b.     A patient goes for his annual colonoscopy, and the doctor performing the study fails to see a very obvious cancerous lesion.  As a result, the cancer is not diagnosed until the patient’s next test, three years later.  Had the tumor been timely diagnosed, the cancer would have been smaller and curable.  Now, the patient is Stage III and has a reduced chance of survival.  This patient may have a right to recover damages.

We have successfully represented clients who have been diagnosed with presumably incurable cancers.

Every case is different, and we can not guarantee the outcome of any claim.