A 12-member jury in the Philadelphia Court of Common Pleas awarded $3 million to plaintiffs in a Med Mal case involving a physician’s alleged failure to properly diagnose and treat a lung cancer patient. 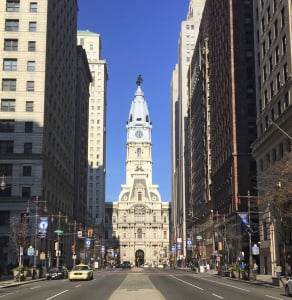 The unanimous verdict came down in the med mal case on April 2 in Judge Matthew D. Carrafiello’s court following an eight-day trial.

The jury awarded $2 million for Charles Morganti’s survivorship claim and $1 million for Linda Morganti’s loss of consortium claim. According to the plaintiffs’ attorneys, they had originally sought to recover $2 million, but the defense made no offers.

According to the complaint, Charles Morganti visited Harman’s office in January 2003 with upper respiratory tract symptoms, which were diagnosed as asthma. In June of that year he returned to Harman’s office complaining of difficulty breathing and discolored mucus, which Harman diagnosed as acute bronchitis before ordering a chest X-ray.

The complaint said the X-ray was conducted the following day and a growth was spotted in Morganti’s lung. A CT scan subsequently confirmed the finding along with a swollen right paratracheal lymph node

In the complaint, the radiologist’s report is quoted as saying that a “neoplasm cannot be entirely excluded.”

According to the complaint, a series of chest X-rays and CT scans between June 2003 and September 2003 continued to detect the growth, though it appeared to remain unchanged. Radiologist reports from each X-ray and scan were quoted in the complaint as continually advising that the growth should not be ruled out as a potentially cancerous tumor and recommending further evaluation.

The complaint said Morganti continued to have respiratory problems through mid-October 2004 when he also began to experience persistent back pain. He saw a pain specialist who ordered an MRI of his thoracic spine. The MRI was performed in December 2004 and revealed that the growth had gotten bigger. The radiologist’s report was quoted in the complaint as advising that the growth “must be considered highly worrisome for metastatic or other tumor unless proven otherwise.”

In January 2005, a lung biopsy revealed that the growth was a Stage IV cancer, which means it had spread to other parts of the body and had become extremely difficult to treat.

Morganti subsequently filed the suit with his wife but died before the case went to trial.

In the complaint, the plaintiffs argued that had Harman diagnosed the growth as cancer when it was first detected on CT scans and X-rays, it wouldn’t have advanced as far as it did and may have been curable with surgery.

The plaintiffs said in the complaint that there were several risk factors and symptoms that should have prompted Harman to look deeper into whether the growth was cancerous.

“Despite the continued respiratory complaints and symptoms, the previous abnormal chest X-ray and CT scan, and his history of smoking, Dr. Harman and the medical staff at his practice, failed to consider that Mr. Morganti may have lung cancer, and did not order any diagnostic studies or refer him to a specialist to rule out lung cancer,” they said in the complaint.

It its pretrial memorandum, the defense said that the cancer was caused by Morganti’s 30-year pack-a-day smoking habit and that Harman repeatedly tried to get him to quit to no avail.

They also argued in the memorandum that Harman took all the appropriate steps based on the radiologists’ recommendations following each CT scan and X-ray.

The reason Harman did not diagnose the growth as cancer earlier, according to the defendant’s counsel, Kevin H. Wright of Kevin H. Wright & Associates in Lansdale, Pa., was that the second CT scan failed to note that the right lymph node was still enlarged.

But Wright said the bulk of the defense rested on the claim that even if Harman had determined that the growth was cancerous after the first few tests in June 2003, it wouldn’t have mattered anyway because Morganti most likely already had Stage IV incurable cancer before that.

Lead plaintiffs counsel James Foerstner said there was no sign in June 2003 that the cancer had spread to anywhere other than the lymph nodes which means that at the time Morganti may have had, at most, Stage III lung cancer, which has a significantly higher survival rate beyond five years than Stage IV lung cancer does.

But Wright said he felt the evidence in his client’s favor was “overwhelming” but was overlooked by a jury that chose to ignore it because it was “so overwhelmed with sympathy” for Lisa Morganti, especially after it was revealed during the trial that she had lost her son close to the same time her husband was diagnosed with cancer.

“I think the jury just couldn’t get by that, and they chose to compensate this unfortunate widow rather than decide the case based on the evidence,” he said.

Foerstner said the issue of the Morgantis’ son’s death was not a factor in the jury’s decision and that the only reason it was even mentioned during the trial was that Linda Morganti testified that it occurred in mid-October 2004, the day after Charles Morganti had consulted the pain specialist about his back.

“It had absolutely – underline it – 100 percent no relationship to this verdict,” he said.

But plaintiffs co-counsel Paul A. Lauricella, did say he thought sympathy helped his clients’ case when the jury was shown a videotape of Charles Morganti shot just a few weeks before his death.

“That was pretty powerful,” he said. “He was able to articulate how often he had gone to the doctor, and the jury got to see how this disease had ravaged this poor guy. The jury could see how sick the poor man had gotten because of this.”

Foerstner said another turning point in the trial came when all the defense experts admitted that a biopsy was the only definitive way to diagnose or rule out cancer but was not performed in this case until January 2005.

Lauricella said the plaintiffs have filed for delay damages, which they estimate to be about $400,000.