Next
Cancer Case – Verdict in Could Hit $1M

WILKES-BARRE – A jury last week said a Kingston woman deserved $875,000 from a doctor who failed to diagnose her cancer.

That verdict could be increased to more than $1 million if a judge decides the woman is entitled to additional damages. 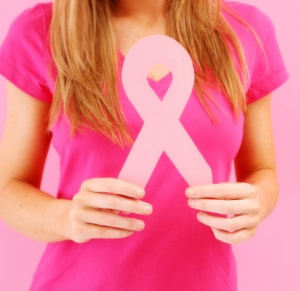 Carole Gustitus and her husband, Edward, filed suit in Luzerne County Court of Common Pleas in 2001 against Dr. Ronald Konecke and a host of other entities.

The suit made it to trial last week before Judge Hugh Mundy. On Thursday, the jury, by an 11-1 vote, ruled Konecke, of Forty Fort, was professionally negligent in misinterpreting Gustitus’ mammogram, causing her cancer to worsen. The other defendants were previously dropped from the suit.

Gustitus’ attorney, Paul Lauricella, with The Beasley Firm in Philadelphia, told the jury that Gustitus, now 66, felt a lump in her right breast in 1998.

She had a mammogram done and Konecke told her she did not have cancer.

About 15 months later, after Gustitus felt pain in her arm, she went back to her family doctor who noticed a visible distortion in her breast.

She had another mammogram done and learned she had a growth of about 4.5 centimeters in her breast.

The latter mammogram was compared with the first, and doctors noticed the growth existed at the time of her first test, Lauricella said. The attorney said the jury in the trial was even able to detect the growth in the first test.

Had Konecke diagnosed Gustitus properly the first time, the cancer would have been detected while it was only in stage one, the attorney said.

Instead, it wasn’t detected until it reached stage two, he said.

That decreases the chance of survival for Gustitus, the attorney said. She treated the cancer with chemotherapy and radiation.

Lauricella on Tuesday filed a request for an additional $240,487 in the case for delay damages, which are sought when defendants refused to accept an earlier settlement in the case.

Mundy will decide if the couple are entitled to those damages. That would bring the total verdict to more than $1.1 million.

Konecke on Tuesday had no comment. His attorney, John Aponick Jr., did not return a message left at his office Tuesday.