If your business was able to win 90 per cent of its lawsuits, you’d be hard-pressed to argue that the justice system was stacked against you.  But that is exactly what the insurance industry wants you to think when it comes to medical malpractice lawsuits.

Outside of Philadelphia and Pittsburgh, doctors win more than ninety percent of the medical malpractice lawsuits which go to trial. 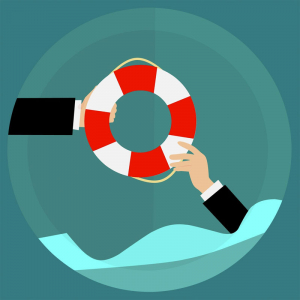 Digest that statistic alongside this one: studies have shown that more than 98% of the episodes of medical negligence do not result in litigation.  A study by Harvard University showed that less than two percent of the victims of medical malpractice actually file a lawsuit.

How bad is it?  In Montgomery County, doctors have historically won upwards of 95% of the malpractice trials.

Does anybody truly believe that 95% of those cases were really without merit?

Remember — in Pennsylvania, a case cannot ordinarily get to trial unless the patient produces testimony by a board-certified specialist attesting to the existence of medical malpractice.  Does anybody truly believe that 95% of those cases were unwarranted?

The public has been misled into believing that there is a medical malpractice crisis.

The insurance industry has done a great job of promoting the idea of a crisis in order to make jurors reluctant to render awards in favor of the victims of malpractice.  How bad is it?  A jury in Norristown recently exonerated a doctor who had left a sponge inside his patient during surgery.  At this rate, the insurance industry is likely to become so emboldened that it will no longer pay for actual lawyers to defend its doctors; it will be enough if they simply seat two mannequins at the defense counsel’s table.

Truth be told, there is a malpractice crisis.  But it’s a crisis for the victims, not for the doctors.

Yes, there are frivolous lawsuits (and those lawsuits should be weeded out).  But frivolous malpractice suits are a rarity; medical malpractice cases are so expensive to prosecute that no clear thinking lawyer will invest the necessary time and money in a frivolous endeavor.

Show me a frivolous case, and I will show you ten instances in which juries have given a pass to clearly negligent physicians.  That is where the crisis lies.  When juries let negligent physicians walk away unsanctioned, they lower the “standard of care” throughout their community.  If a jury declares that a doctor can leave a sponge inside a patient and still comply with the “standard of care,” they are announcing that the standard of care is, indeed, quite low.  It’s the proverbial race to the bottom.  The problem is that one day one of those jurors may end up on the wrong side of that standard of care.

Be careful of what you wish for.  You might just get it.