Proving That Earlier Diagnosis of Cancer Would Have Made a Difference

In a medical malpractice case, the plaintiff (i.e., the injured patient) is required to do more than prove that the care in question fell beneath accepted standards of care.  The patient must also establish that the malpractice was the cause of his or her injuries.

Thus, a patient seeking to sue a physician for the failure to timely diagnose cancer must prove (1) that the care in question constituted malpractice, and (2) that the malpractice was the cause of the cancer’s spread or progression. 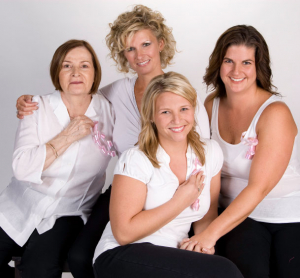 How, then, does a patient prove that his or her cancer would have been more treatable if it had been diagnosed six months sooner?  Absent the metaphorical time-machine, there is almost no way to conclusively establish that earlier diagnosis would have changed the outcome.  Fortunately, Pennsylvania law provides a logical and equitable solution to this problem.

Under Pennsylvania law, a plaintiff in a “failure to diagnose cancer” medical malpractice case need only prove that the delay in diagnosis increased the risk that the cancer would grow.  If the patient introduces evidence (usually in the form of expert testimony by an oncologist or similarly trained specialist) which tends to prove that (a) there was a real chance of avoiding injury, and (b) the defendant’s negligence effectively put that chance out of reach, or (c) the defendant’s negligence increased the risk of harm, the court will allow the jury to infer that the delay actually caused the injury.

This rule, embodied in decades of Pennsylvania jurisprudence (and in the Restatement of Torts), represents one of those instances in which the law actually comports with common sense and logic.  The law recognizes that it is manifestly unfair to force a cancer patient to prove what his or her status would have been had the cancer been diagnosed earlier.  After all, it was the doctor who prevented the earlier diagnosis; why then should the doctor benefit from the fact that we don’t know what would have happened had the cancer been diagnosed earlier?

Unfortunately, despite clear law on this point, courts will, from time to time, improperly allow doctors to make these arguments.  Lawyers representing patients in malpractice cases concerning the delayed diagnosis of cancer should be prepared to vigorously oppose defense efforts to make such arguments.  Plaintiffs, however, should be prepared to accept the fact that judges, like doctors, will often make mistakes.